Some pre­dic­tions were a little optim­istic ("TONIGHT LIVE RIGHT HERE") and some were great ideas ("December 13 — AKA Beyoncéday", "January 1 00:01" and so on). As it turned out only one person — who guessed March 5 — predicted that the song would come later than it actually did.

This said, an attendee by the name of Georgina Stone was respons­ible for making the pre­dic­tion closest to the actual January 25 appear­ance of 'FourFiveSeconds'. Georgina guessed "January 19 (around 2pm)".

We promised on the night that the closest guess would win twenty quid so Georgina please drop us a line and we'll sort out the delivery of your prize.

From the post-'FourFiveSeconds' vantage point we all now occupy, it's hard to remember just how exciting it seemed, in the closing months of 2014, that a new Rihanna single might suddenly appear.

Still, there's always the second single. If anyone fancies guessing when that will appear, chuck your pre­dic­tions in the comments below. Date and time please — we'll PayPal £4.50 to whoever turns out to be closest.

Example's shared a bit of a new song with the world 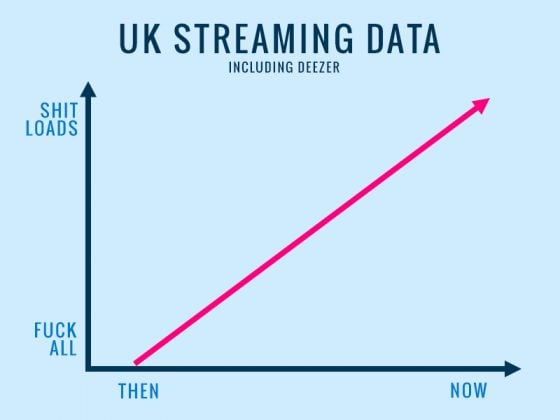 The new Official Albums Chart rules: how it all works