Every time we try to start thinking about something else, Leona's over­flow­ing beverages somehow reappear in our thoughts.

The more you think about the tweet, the more fas­cin­at­ing it seems.

How many litres of Coke, Sprite and Fanta has Leona wasted over the years, and how precisely did Leona find out about this new trick? Was she just feeling a bit non­chal­ant glasswise yesterday evening? Did she throw caution to the wind and decide to relax her usually strict upright glass policy?

Or was it an accident? Was she perhaps in a caravan or a mobile home that was parked on a steep hill, and did she think she was holding the glass upright — based on her usual rule of keeping its sides at 90 degrees to the work surface — when in fact it was at an angle?

If she was at home, did she run from the kitchen to the living room to tell a house full of people of her amazing new discovery, and if she did, how did they react?

Or was she alone, hence the need to tell over half a million Twitter followers of her new discovery?

And the frantic "am I late on this?!" at the end: did she have an inkling that one, or two, or maybe half a dozen people in the history of human endeavour might also have chanced upon this path to car­bon­ated enlight­en­ment, and was she keen not to look as if she was taking the credit for inventing this amazing new way of living? But if that is the case, why did she claim to have "dis­covered" this new way to pour a drink?

Did she celebrate her discovery with champagne, and if so how did she hold the glass when she poured it? Did she somehow lose control in the excite­ment and revert to the dark ages of pouring, with a glass held vertically?

So many unanswered questions. 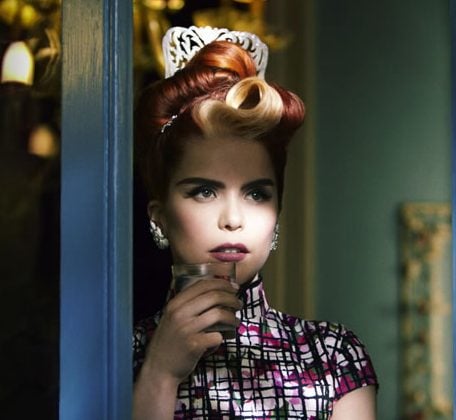