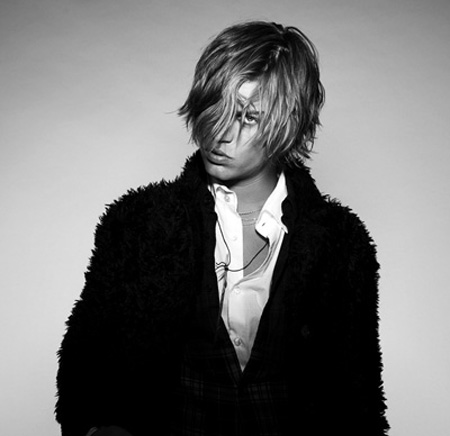 Have you listened to today's Song Of The Day? It's by Swedish singer Viktorious, who's signed to Sony in Sweden and used to be in a band called Sugarplum Fairy (WARNING — link contains a bit of a racket). Viktorious' new single showcases a bit of a change of direction — it's called 'When We Were 10' and it is extremely good. When we say 'extremely good' we mean EXTREMELY GOOD. We mean 'have a bit of a sit down before you listen to it' sort of good.

We found out about it thanks to Popjustice reader Andreas, who dropped us an email the other day. "Here is an AMAZING song that there is a fair chance you might like," he wrote. "It has been the 'song of the last four days' for me and it has Popjustice written all over it."

Well he's right. It's euphoric and massive, emotive and carefree.

[youtube]LG6rRJKIZZw[/youtube] The best pop music often succeeds by striking the right balance between trying just hard enough and looking like it's not trying too hard. Lady Gaga turned things on their head slightly by very publicly and very unashamedly trying extremely hard and — in a world where there is no shortage of over­styl­ised clubkids attempt­ing to posture and preen their way to pseudo-avant garde popstar notoriety — she actually made it work. Clearly Gaga is a cut above the rest in every respect: combined, her song­writ­ing, style, col­lab­or­a­tions, vocals and vision put her in a different league to almost every other popstar of the last twenty years. But her ascent to whatever and wherever she is now is an inter­est­ing case study in what happens when the right sort of person (and it has to be the right sort of person, with the right sort of tunes) strikes the right sort of pose.

Like most pop-based websites and blogs we have been sent our fair share of solo artists claiming to be 'the male Lady Gaga' over the last eighteen months. Without  exception they have all been utterly, embar­rass­ingly shit (though in their defence none have been quite as bad as the male Ke$has who've started trickling in). Well Viktorious isn't in the same league as Lady Gaga, and nor does he claim to be. He doesn't really have much in common with her at all, actually, except for the fact that from the biography/manifesto on his
website there seems something quite special about the way he
approaches his music. He is obviously inspired by Lady Gaga (and mentions her in his
manifesto) but she inspires him to create something new, not to copy
what she has already done. Viktorious seems to 'get it' in the same way Gaga does.

We like popstars who get it. We like loads of popstars who don't get it, too, but the ones who get it are our favour­ites. Success does not always come their way but they always make pop a little but more inter­est­ing than the others.

The jury is out
Rihanna