Here is an extremely low quality video in which it is just about possible to make out Example joining Pet Shop Boys on stage last night at their London O2 show. It's a song called 'Thursday', which is one of the best tracks on their upcoming album 'Electric'.

We had a chat with Neil Tennant about this song (and some other things) a couple of weeks ago and he told us about how 'Thursday' took shape. He and Chris were working on the track with producer Stuart Price and decided that it needed a rap after the second chorus, and while the track was a work in progress with they used a Nicki Minaj acapella as a sort of place­holder thing. When it came to getting it properly tarted up Stuart got in touch with Example, with whom he was also working, and Example added his own bits, including some new melodic touches which Neil and Chris then incor­por­ated into other areas of the song.

So that's quite nice isn't it?

Hey guess what, another thing that happened when we went to do the interview was that NEIL SHOWED US THE SECRET PET SHOP BOYS STORAGE DUNGEON OF DOOM.

Here's a picture we took. 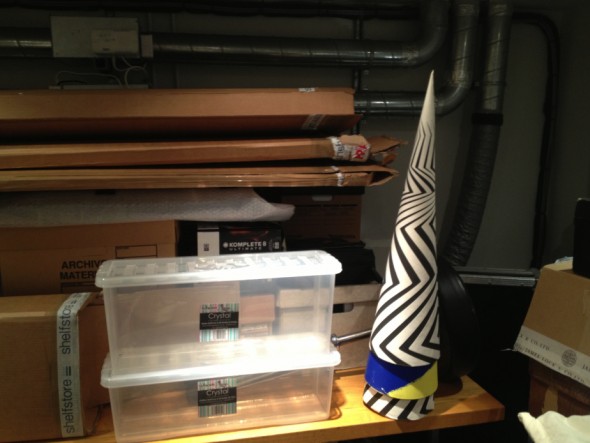 "An exclusive that Stereogum didn't get," Neil 'hooted' at the time. (Amazing, obviously, although we do have serious issues with people who don't peel the stickers off plastic storage boxes.)

We'll put some more pictures up when we publish the full interview.

(Incidentally, if you're in the Manchester area and can get your hands on tickets for tomorrow night's Pet Shop Boys show you should really go along — set­l­ist­wise it's the best PSB show we've seen since the Savoy shows.) (And there a lasers 'aplenty'.) 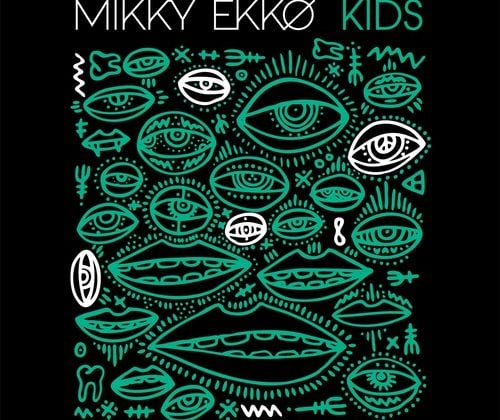 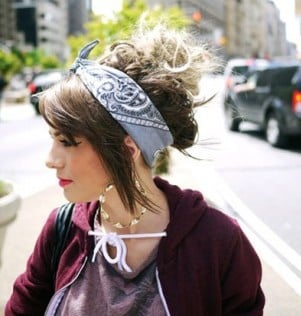