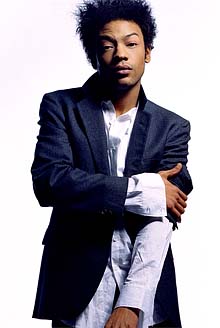 Not so long ago, the musical career of David Jordan seemed to be on slightly wonky ground. HOWEVER, things change. David Jordan is now doing very well indeed with his second single 'Sun Goes Down'. It is 'a chal­lenger' for Number One we are told, although we're told that about eight times a week usually combined with phrases like "Radio One are promising to get on board", "can you link to this viral video" and so on.

Here are a few things you will learn from out recent con­ver­sa­tion with David Jordan.

1. Having a hit single feels better than having a poo.

3. He would like to go for a cup of tea with Michael Jackson.

4. He pleads ignorance con­cern­ing the existence of Wizbit.

5. He thinks that most Number One singles are a bit shit.