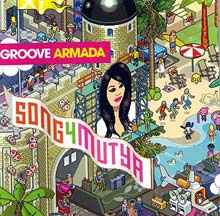 "That's got to be the shittest video out this year!"

"That really is rubbish."

"This really is poor. I don't quite get what the pitch is supposed to be."

"…almost makes Girls Aloud's videos look like they cost more than £10 to make."

"It really is shit. And not just slightly shit. It's really really shit."

"I love how so many good songs in the UK are murdered by their shit ass videos."

"Worst video of the year."

"There are really no words to describe that mass of shit."

"Is it too late to shoot another video?"

"I knew the video would be terrible, but did it have to be THAT terrible?"

"What a shit and unin­spired video."

"I can't help myself thinking that this is not a real thing! It cannot be the real video!"

We think some of this is a bit harsh and that the video was probably not made with 'us' in mind. The brief was probably something along the lines of "please open Mutya up to teenage girls who think she's a moody bitch — have her smiling in the sunshine or something".

CAN YOU DO BETTER?

Send your 150-word video treat­ments to us by 6pm today and we'll show some of the best on the site. Whack them over to [email protected]

It is time for some midweeks news