Interesting quote from Billboard's woman of the year interview with Ariana Grande:

“My dream has always been to be — obviously not a rapper, but, like, to put out music in the way that a rapper does. I feel like there are certain standards that pop women are held to that men aren't. We have to do the teaser before the single, then do the single, and wait to do the preorder, and radio has to impact before the video, and we have to do the discount on this day, and all this shit. It’s just like, ‘Bruh, I just want to fucking talk to my fans and sing and write music and drop it the way these boys do. Why do they get to make records like that and I don’t?’ So I do and I did and I am, and I will continue to.”

Obviously Charli's been doing it on a smaller scale for a while, and Beyoncé's just Beyoncé, but Ariana Grande def­in­itely feels like the right pop superstar for right this moment. She makes really hard stuff look really easy.

Which is sig­ni­fic­ant, because not so long ago the biggest female pop artists traded on making really hard stuff look, well really hard. The phrase 'Big Pop Girl' hasn't ever felt quite right, but when people use it, this is what they're talking about. The teaser campaigns, the count­downs, the con­vo­luted album concepts, the wigs…

It was a time before streaming really took hold and before the whole thing fell apart. Back then it all seemed like something that showed how much better those popstars were than their male peers. And most of them were, obviously. But at the same time, and it's easier to see with hindsight, many of them were in a trap. It was a trap in which those male peers never found them­selves, because it was a trap in which male peers were never expected to find themselves.

Watching Katy Perry's Witness tour earlier this year there was a real fin de siècle feel to the whole thing. The big pop girl machine feels broken, beyond repair. Maybe the parts have just worn down. Either way, Gaga has found a way out in 2018 and Beyoncé, a few years further into her own career, found her own way out far earlier. Somewhere in the middle of all that, Rihanna got out. Taylor seems stuck in it. 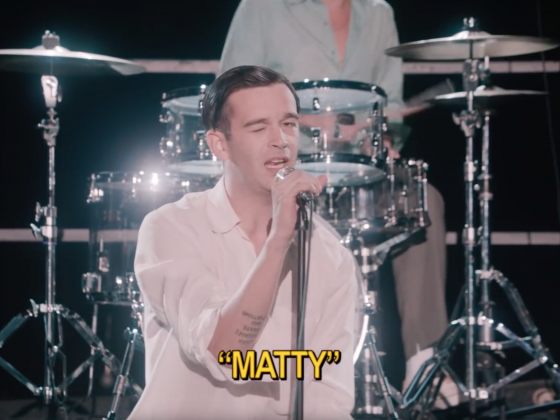