As ITV2’s The Big Reunion marches towards its inev­it­able and yet strangely drawn-out con­clu­sion, the various groups continue to rehearse for the upcoming tour, a new act is airlifted in for no apparent reason, and I enjoy the surreal exper­i­ence of watching the Abs/z hat on TV while actually wearing the Abs/z hat on my sofa.

Here are the highlights: The episode starts with the announce­ment that for mys­ter­i­ous reasons, mid-00s boyband and Eurovision survivors Blue will be joining the show.

This is pre­dict­ably the cause of some "dramatic tension", as the other bands scowl mean­ing­fully at the new arrivals and slope off down to the pub for a good bitching session — with the full camera crew in tow, obviously.

On the plus side, the dawn of Blue means we get some classic Lee Ryan anecdotes, such as Duncan’s remem­brances of how they first met: "He was having an argument with someone on the phone, next thing he just smashed the screen into his head. I thought – oh my God, you’re a nutter."

On another occasion, the boys were staying in an upmarket hotel when Lee decided to make a rock 'n' roll statement by setting off all the fire extin­guish­ers in the lobby. "It was hilarious," cackles Lee. "It was so embar­rass­ing," cringes Duncan. "I think he sprayed Alan Shearer," muses cash machine piss artist Antony.

Edele from B*Witched gets that look in her eye…

It was all denim nostalgia and vague lesbian under­tones in the early stages of the B*Witched recon­cili­ation, but now a return to the spotlight is looming and lead singer Edele appears to be turning into a bit of a monster – intim­id­at­ing the other three with some casual Mariah screech­ing during vocal rehears­als and throwing some ter­ri­fy­ing passive aggres­sion at Duncan from Blue. They all seemed like such nice girls back in 1999…

Lee 911 wears his heart on his sleeve Sad Panda of Pop Lee 911 is still having a hard time.

He turns up late and hungover to not one but two rehears­als, abandons the studio mid-song to throw up and has one of those awkward seems-scripted-but-sincere heart to hearts with estranged wife Lindsay (from B*Witched).

"If she asked me to take her back tomorrow, I would," he admits. "We’re just friends," she replies, with the kind firmness of someone who’s used to being the dumper rather than the dumpee.

Poor old Lee. You imagine that – while Lindsay’s been getting her sexy nun on — he’s spent much of the past year sitting in a darkened room listening to 'Blame It On The Weatherman' on a constant loop.

The Honeyz get hoofing

Mindful of their repu­ta­tion for high-energy dance routines, The Honeyz are busy working with a cho­reo­grapher on some brand new moves.

Heavenli worries aloud that learning new steps for 'Won’t Take It Lying Down' will be too much of a challenge at this late stage, over­look­ing the fact that as she wasn’t even in the group at the time of that song, all the moves should be new to her.

After a night of knocking back wine and dusting off the old leather catsuits, they decide to bite the bullet and inform the cho­reo­grapher that they intend to do things their way.

And finally… the obligatory Abs/z quote of the week:

Gently removing a cup of tea from an angry Scott:

Next week, Sean from Five shows his human side, something  happens to Tony from Liberty X and Antony Costa reveals how life after Blue saw him go "from Tony Montana to Derek Trotter".

Also, they might actually get on stage at some point. Possibly. I’ll keep you informed. 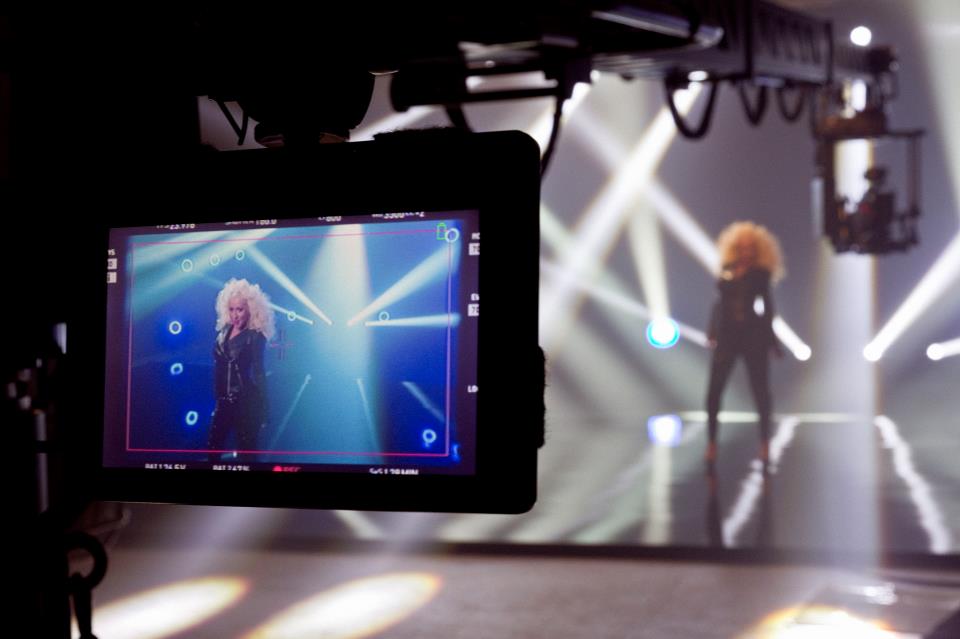