It was a bit of a 'cue Adele soundbed' episode of The Big Reunion this week, as 911 and B*Witched raked over their painful post-pop stardom years in the wil­der­ness, while Five continued to rebuild their bridges.

It wasn’t exactly high on 'the lolz'.

Something unexpected might have been going on in B*Witched

There’s a very strange dynamic at work between the B*Witched singers, who are reunited for the first time since the split tonight. "I never loved anyone like I loved you… I was heart­broken for years," sobs Edele. "I’m just worried it might get… Intense… Again,” says a jus­ti­fi­ably uncom­fort­able looking Sinead. Maybe all that denim was a red flag all along.

Literally everyone was pissed on SM:TV, all the time In previous episodes we’ve learned about the boys from Liberty X and Five going straight from a wild night on the tiles to slurring their way through an interview with Cat Deeley, and tonight we learn that at the height of his drinking problem, Jimmy from 911 "could hardly stand up" during several pro­mo­tional appear­ances. To think all these years I thought C*H*U*M*S was supposed to look that shambolic.

Being the less popular twin can be a headfuck

The popstar life wasn’t all high-kicks and fiddles for Keavy from B*Witched. When her sister Edele was pushed to the forefront of the group, the resent­ment even­tu­ally caused ‘the other twin’ to have a rather scary sounding breakdown. Fortunately she’s since found closure of sorts as the front woman of a wedding band ("I’m finally singing lead!") and a part-time pro­fes­sional stilt walker. Yes, you read that last bit correctly.

One of the ways in which the show portrays the physical and emotional toll the former stars have been through is to show them remin­is­cing about their lowest ebbs with their parents and partners and talking over their fears for the future. The partners are there to cry, hug and generally be sup­port­ive. "So, do you think the agoraphobia’s going to come back?” asks Spike from 911’s girl­friend bluntly.

Lindsay from B*Witched is a serious actress now

She did two years at drama school and everything. Fortunately the hard work has paid off, as she recently played a stripping nun in British 'thriller' Two Days In The Smoke, co-starring the bloke who played Deano in EastEnders.

Sean from Five/Four has a heart after all!

Having spent the last four episodes cri­ti­cising everybody else, fondly remin­is­cing about the time he threw Scott down a flight of stairs and generally being a bit of a misery, Sean finally shows his softer side during a group night out. "I just wanna say… I love you guys," he admits after a few beers. "I think that’s the nicest thing you’ve ever said," replies a visibly aston­ished Scott.

But needless to say, Abs/z still gets all the best lines Next week, rehears­als for the big show! Will B*Witched work through their issues? Will The Honeyz make it onstage without suffering yet another lineup change? Can Five uncover an adequate replace­ment for missing J?

Actually we already know all the answers (yes, no and not unless you count randomly crow­bar­ring Blue into the line-up at the last minute) because the live show took place last Tuesday, but that’s tele­vi­sion for you. Watch it anyway, maybe Abs/z will debut a new hat or something. 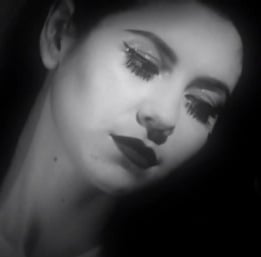 Marina & The Diamonds — 'The State Of Dreaming'