Before the band went on stage last week, Jules from The Presets decided that it was important to create some sort of fruit and veg hierarchy in his dressing room. 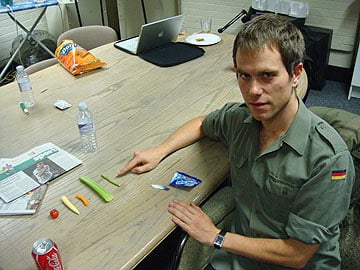 Let's have a closer look at what Jules has been up to. 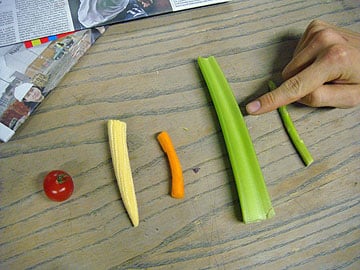 We can conclude from this that he likes asparagus but does not like cherry tomatoes. Carrots? He can take them or leave them.

How The People Of America see Kylie