Here are some pictures we have been sent of the new Take That video shoot.
It looks very good and quite expensive.

1. What's that coming over the hill? 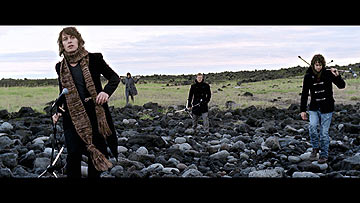 It's Take That. They are holding micro­phone stands. In the olden days they could employ people to do this for them, you know. 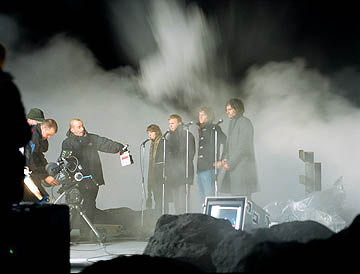 Here, Take That have got wherever they were going, only to discover a film crew 'in situe'. If somebody had organised things better perhaps one or two of the film crew could have helped with carrying those micro­phone stands. 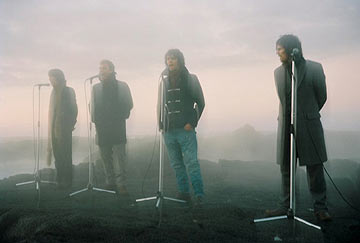 In the sense that 'standing a bit still while someone tries to work out how to turn off the smoke machine' really con­sti­tutes 'action'. By now, viewers, you may already have guessed that this new video does not feature much in the way of the band writhing around in jelly and/or split second glimpses of Howard's scrotum.

We cannot help but feel that Take That might live to regret this decision.

4. The bit where Jason messes it all up 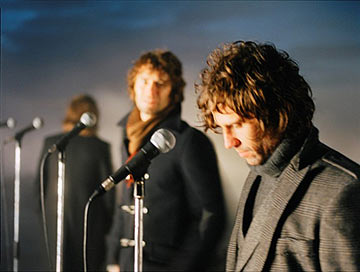 Here you can see what happens when Jason forgets his words. It is already Take 28 and he just can't get it right. While Howard offers a withering glance, Mark has simply HAD ENOUGH and is off in search of a puffin burger.

5. Gary's diet gets in the way of a nice lunch 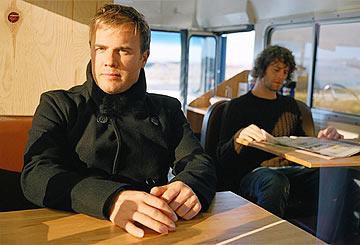 This 'candid' shot shows that while the rest of the band gorge on dried haddock and other local fare before relaxing with the local paper while they 'let it all go down', Gary makes some excuse about 'Oh don't worry lads I've already eaten' and eats nothing.

He will make himself ill with that attitude. 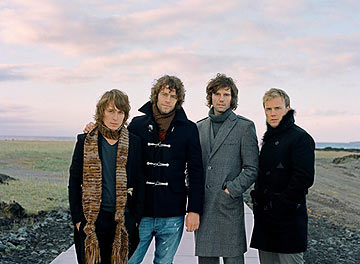 When they are on proper holidays they pretend to be holding up the Leaning Tower Of Pisa but, in this landscape bereft of comedic landmarks Take That must simply stand around looking manly. Note that all members are wearing scarves, but only Mark is wearing one made of something Sigourney Weaver killed in Alien. 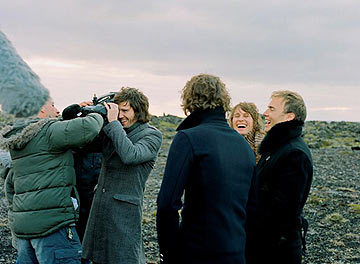 Only Elder Statesmen Of Pop get to do this with expensive equipment. If new boybands do this on video shoots people start bleating about 'unions' and the band members are all told off and made to cry. And even Take That have to stop cameramen wrestling cameras back off them.

So there you go. That is the new Take That video. You will probably be able to watch it on their new website, at www.takethattv.com, fairly soon.