A few people (trans­la­tion: precisely no people) have asked us a very inter­est­ing question: what was the first music 'biz' email Popjustice received in 2009? Well the winner of this prize arrived in our inbox on January 1. It concerned the girlgroup Hope, who we posted about a month or so ago. "So Hope performed last night at the Snow Globe at Winter Wonderland in Hyde Park which was great fun," we were told. "It's the first time a girl group has performed in a globe of this size. It's 4m by 4m. I've attached a couple of photos. Credit is Rudy Cech." 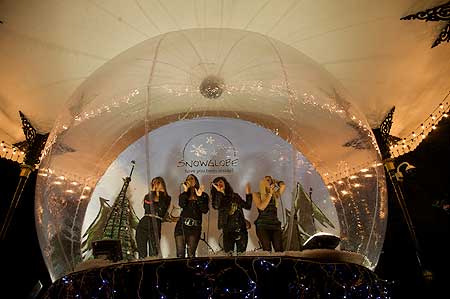 Well done Rudy Cech for managing to capture this pho­to­graph of Hope per­form­ing in a snowdome. The way this shot seems to depict fuck all in the way of snow is par­tic­u­larly impressive. 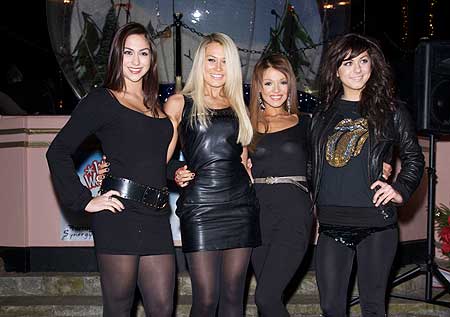 Don't get too excited about this whole snow thing though. As regular Popjustice readers will know, this is not the first time pop per­son­al­it­ies have found them­selves trapped inside snowglobes. 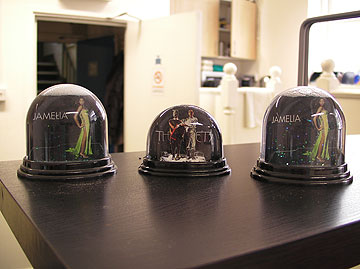 No, but seriously. We shouldn't take this achieve­ment away from Hope. As their spokes­per­son specified, the New Year's Eve incident was the first time a girl group had performed in a globe "of this size". And as he pointed out, that size was "4m by 4m". Unless anybody can provide proof that anbother girlband has pre­vi­ously performed in a snowdome measuring precisely four metres by four metres, Hope's achieve­ment still stands. Boybands in 4m x 4m snow­globes? That's different. Girlgroups in 4m x 4.1m snow­globes? That's also different. Totally different.

What we have learned here is that as far as 4m x 4m snow­globes are concerned, Hope are Britain's premiere girlgroup.

Lady Gaga's next UK Number One single is…