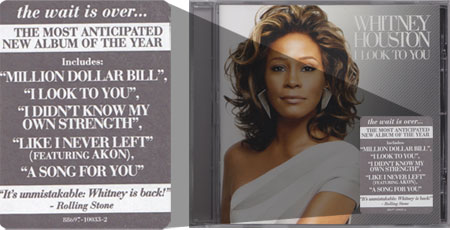 1. Yes, the whole 'the wait is over' business again, brilliant.

3. The 'includes' list is ominous. "Includes: THE GOOD BUT UNDERWHELMING COMEBACK SINGLE, SOME BORING ONES (FEATURING AKON) AND THE REALLY BORING ONE THAT PEOPLE THOUGHT MIGHT BE THE COMEBACK SINGLE BUT WASN'T."

4. Yes thank you for that Rolling Stone magazine, do you perhaps have anything slightly less wishy-washy and tryhard-sound­bitey? No? Really? Just want to say something that sounds 'exciting' and 'iconic'? Yeah? Just want to chuck in the phrase "it's unmis­tak­able" as if there could in fact be some confusion about whether or not Whitney was back? As if Whitney Houston's comeback might have taken the form a col­our­less odourless gas whose presence required verifying? Great.

Dragonette — 'Pick Up The Phone'

The next Dolly Rockers single.