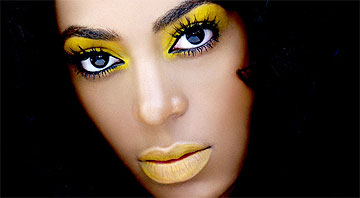 Even based on just two tracks, her sister Solange's new album — 'Sol-Angel And The Hadley St Dreams' (!!!) — is better.

The Pharrell-produced 'I Decided', which the Freemasons have turned into one of the summer's biggest pop tunes.

(Some other songs have leaked as well but they're not quite as good so we will ignore them.)