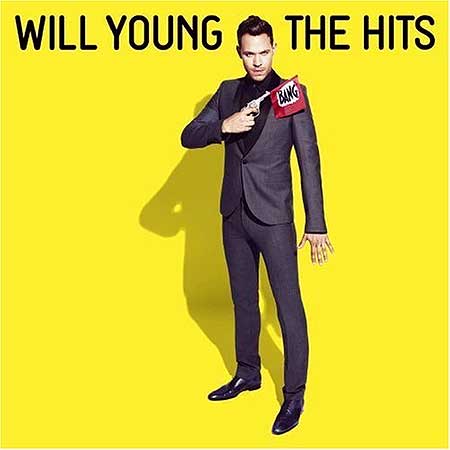 Sorry to bombard you with Will Young things — we'd forgotten he was any good until we re-listened to some of his songs the other day — but this sleeve for the Greatest Hits album. What do you think? It is almost brilliant. Yes, we know will is 'dangerous' (a homo­sexual) but also 'not dangerous' (won't wave his cock around when he meets your mum), and we get the idea that Will Young has a sense of humour and doesn't take himself too seriousy. That whole thing has been in place ever since he began basing his entire video­graphy on Robbie's 'She's The One' video.

It would certainly make a good TV ad for the album.

The font is questionable.

It is very yellow. It will certainly 'stand out on the shelf', but so would a picture of a lady's bosom, and they haven't put that on the cover.

This isn't really going anywhere is it viewers, sorry.

Incidentally, while we're talking about Robbie's 'She The One' video:

Dragonette — Pick Up The Phone