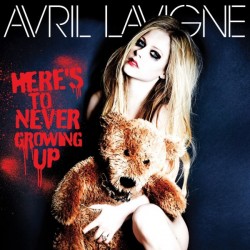 Who would have guessed that Avril Lavigne would deliver one of the 2013's most incred­ible choruses?

Yet here we are, with 'Here's To Never Growing Up', which has just appeared in full.

We were big fans of the songtitle as soon as we first saw the single artwork. Artists like Avril Lavigne are often stuck in pop's perpetual teenager role and 'Here's To Never Growing Up' felt like a slightly meta joke regarding Lavigne, as a singer, giving up on any attempt to mature as an artist.

We love it even more now we've heard the song, which is not exactly light on the tune front.

And then, of course, there's the Radiohead lyric.

"Singing Radiohead at the top of our lungs, with the boombox blaring as we're falling in love."

It's inter­est­ing how that part of the song was delib­er­ately cut from the brief video teaser Lavigne released earlier today, as if she and her label knew all too well that this lyric was something worth holding back for the proper premiere, which even­tu­ally took place on Ryan Seacrest's radio show.

It was a surprise worth keeping. It's fas­cin­at­ing how, through the pop of the 2010s, Radiohead's music has become a key signifier for a certain era in early-2000s US teen­ager­dom. Avril and Katy Perry were both about 16 when Radiohead exploded in America. Do you think Radiohead made more of an impres­sion on teen culture on the other side of the Atlantic than they did on adoles­cents here in the UK? Actually do you know what, who cares, we're here to talk about AVRIL LAVIGNE'S AMAZING NEW SINGLE not Laughing Boy Yorke. It's a song about staying young forever, which isn't the sort of thing you really think about when you're actually young. It's the sort of thing you only really think about once it's too late; when you are, in fact, getting quite old.

So really it's a song that's more about growing up than it would like to admit. As the title and artwork initially suggested, it's a song about being trapped in body and psyche of a teenager long after your friends and peers grew up and moved on. Some listeners will probably mis­in­ter­pret 'Here's To Never Growing Up' as a teenager's song but 'Here's To Never Growing' up is so bril­liantly tragic because it is sung by someone who missed their oppor­tun­ity to grow up, or wasn't allowed to. Worst of all, they know it, and really they hate the life they still lead. "We'll be running down the street yelling 'kiss my ass', I'm like 'yeah, whatever, we're still living like that'." Still living like that? Fantastically dismal.

Here's the song in question. What a cracker.

Apparently Chad Kroeger has a co-writing credit on 'Here's To Never Growing Up'. We're not really sure what to do with this inform­a­tion, but it's good, at least, to know that he has finally chosen to use his powers for good. 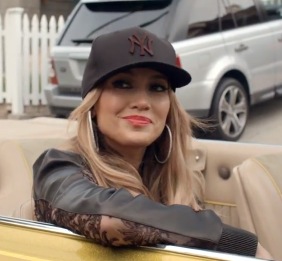 Becky G — 'Becky From The Block' 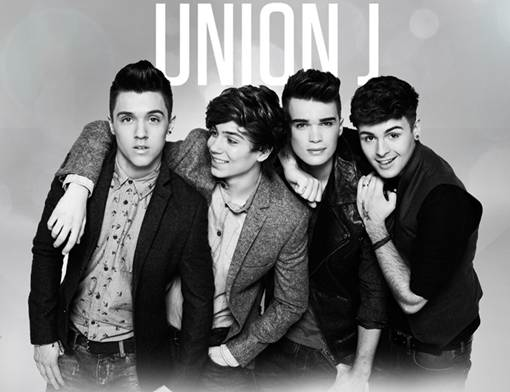 The Union J single. It's good.