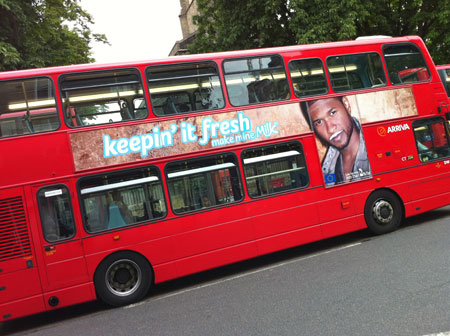 It's funny, really. In America the 'Got Milk?' campaign is so well-estabished, so ingrained in popular culture and such an indicator of a star's status that a role in the campaign has become somewhat prestigious.

To a UK audience, the 'Make Mine Milk' campaign just looks like someone's spunked over Usher's face. 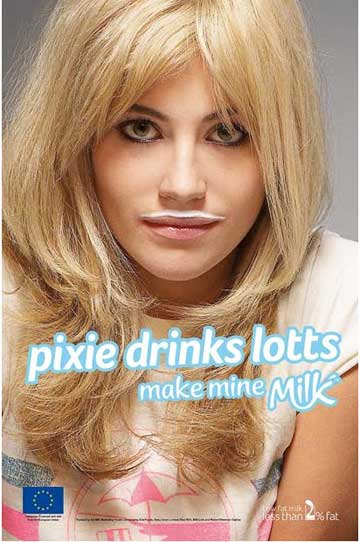