Putting out music in the hope that someone somewhere might tap their toe and throw 79p in the direction of an audio file: it's what popstars do best.

Here are seven note­worthy singles being released between now and June, based on a list we nicked off UK Mix.

Also out on April 28 (we've deleted the boring ones):
Kasabian — Eez-Eh << HAHA
Katy B — Still << QUITE SANDÉ BUT FAIRLY NICE
Kid Ink – Money And The Power
Lily Allen – Sheezus
Nerina Pallot – Free As You Wanna Be (EP)
You Me At Six – Cold Night

Is this actually coming out in the UK? It says it is in the list we nicked from UK Mix but it's not exactly getting wall-to-wall radio plays is it? Still, any excuse to whack it on the site again because that chorus is really quite excellent, and a UK hit of some sort could pave the way for GRL to come over and release 'Ugly Heart', that incred­ible song that appeared a few weeks ago and, crucially, doesn't feature Pitbull.

Seriously. SERIOUSLY. We know lots of you took an instant dislike to Rita Ora for reasons nobody has adequately artic­u­lated. (Possibly something to do with music fans' perceived lack of involve­ment in the narrative of an emerging artist and the whole thing being presented as a done deal, but that surely can't explain the full force of the vitriol spewing from some quarters?) Either way this track is a certified belter. Look, if it makes it any easier for you, just imagine it was a Whitney Houston comeback single. OH YOU'RE LIKING IT NOW AREN'T YOU. We accept your apology. (The Becky Hill single is good as well but that doesn't seem to be online yet.)

Also out on May 12:
Afrojack feat Wrabel — Ten Feet Tall
Becky Hill – Caution To The Wind << THIS IS GOOD
Jake Bugg — Messed Up Kids
Kylie Minogue — I Was Gonna Cancel << THERE'S AN INTERESTING STORY ABOUT WHEN THIS WAS RECORDZZZZ
Lady Gaga – G.U.Y. << QUITE LITERALLY AMAZING
Lethal Bizzle feat Cherri Voncelle – The Drop
Lorde – Tennis Court
Paloma Faith — Only Love Can Hurt Like This << 'QUALITY POP'
Pharrell Williams — Marilyn Monroe << NOT AS GOOD AS THE NICKI MINAJ SONG BUT STILL V GOOD
Taio Cruz — Don’t You Dare
The Weeknd – Wanderlust

What a likeable number this is.

We have recently been having a con­ver­sa­tion with a US publicist who wants us to feature some crap guitar music on Popjustice. As a broad but useful rule, we've ended up saying, Popjustice just doesn't feature guitar music. It's one of the central tenets of Popjustice. Well let's hope Jeffrey doesn't see this because 'Heart & Soul' is proof that even the most sensible rules can have excep­tions. This is just basically really good, isn't it?

Also out on May 26:
Arcade Fire – We Exist
Ashley Roberts – Clockwork
Chicane – No More I Sleep
Ellie Goulding — Beating Heart
Janet Devlin – House Of Cards << SHE GREW UP IN A FIELD OR SOMETHING
Kyla La Grange – The Knife << STUPENDOUSLY ACE
One Direction — You & I
Röyksopp & Robyn – Do It Again (EP)
Stromae – Tout Les Memes

The success of this whole Say Lou Lou 'thing' is impossible to gauge at this stage. Are they doing well? Are they doing precisely as hoped? Or is 'Everything We Touch' make or break? AND WHEN IS 'BELOVED' GOING TO BE A SINGLE? We'll tell you this much, if 'The Lou' don't get to release their album we are going to go bloody berserk, and 'Everything We Touch' is just the tip of the amaz­ing­ness iceberg as far as that album is concerned. We have chosen to journ­al­ist­ic­ally embed a remix here, because the remix is extremely good (although the original version is not exactly shoddy).

This song-about-a-song by Disney Channel star Zendaya — who unsur­pris­ingly is signed to Hollywood Records — was supposed to come out in the UK earlier this month, but slid back to June. Since hitting YouTube last year it's already had over 50m views (for context, Calvin's single stands at just over 10m and Pitbull's at the 6.4m mark, albeit over a shorter period) and could be a massive UK hit, due in part to being rather good. Or it could com­pletely sink without a trace. One of the two, nothing in between. It's the Hollywood Records way.

And that, ladies and gentlemen, is what the next seven weeks of pop looks like, although there will of course be the usual slew of surprises and dramas that makes this entire list irrel­ev­ant. But that's the exciting nature of this thing we call pop, is it not? 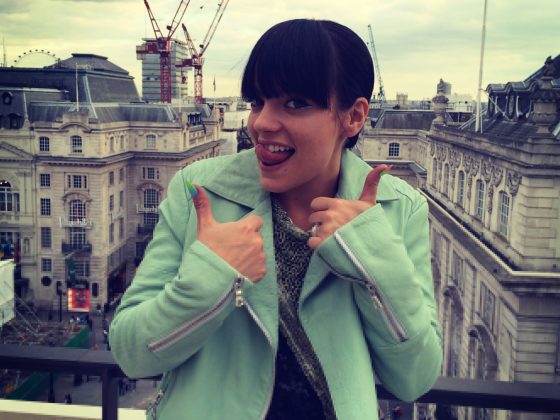 Interview: The Internet versus Lily Allen