It's a great song, but is it good enough?

Let's have a look at the problems Rihanna is facing.

Pop is a notori­ously fast-moving genre, with fans quick to seize new artists and leave past favour­ites for dust. It seems to us that Rihanna has simply left it too long to follow up her last album. Who is holding Rihanna back? Is she not working hard enough? Are her label not pushing her? Why is she being allowed to drift like this?

If Rihanna's new single misses the Top 40 — and she can by no means guarantee a hit — her work-rate will be at least partly to blame.

You might think she and her team would have learned their lesson from previous releases, when she went as long as eight days between single campaigns, but it seems no lessons have been learned.

Another reason people might not imme­di­ately gravitate towards a new Rihanna song is that her release history has been patchy at best.

(No wonder she has waited so long to release a Greatest Hits album — she simply doesn't have a strong enough catalogue.)

Again this comes back to her reluct­ance to work hard enough.

She needs to engage!

The blame here lies squarely at her label. How about recruit­ing hot producers? Bringing in big song­writers? What about some col­lab­or­a­tions with artists who are already doing well?

There have been some big oppor­tun­it­ies missed here.

Could 'Diamonds' be the single that finally gives Rihanna a radio hit?

In the UK, America and all other major ter­rit­or­ies, radio stations have been notori­ously reluctant to play Rihanna songs. UK stations like Radio 1 and Kiss will often allow more than twelve minutes to pass without playing a Rihanna song, or a song on which she has featured.

Obviously the lack of decent tunes outlined above, and her reluct­ance to promote, is partly the cause, but after all these years cracking away at the charts isn't it time radio gave Rihanna a break? Maybe they could just try giving 'Diamonds' some spot plays to see how their audiences react.

You never know — young music fans might actually quite enjoy hearing a Rihanna song, and might even go out and buy some music as a result!

Come on, radio, give Rihanna a chance. Help Rihanna so she can help herself. 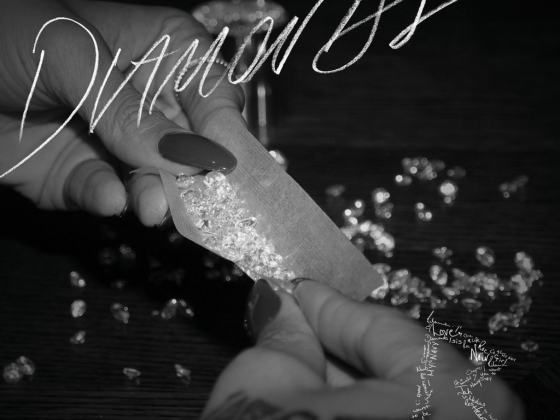 Pink's 'The Truth About Love' is Number One in America