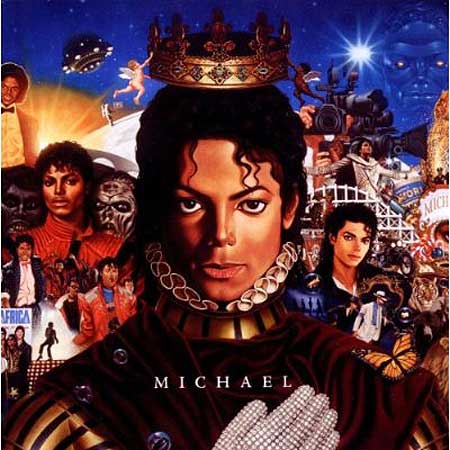 With the exception of standout track (and today's Popjustice Song Of The Day) 'Monster', the new Michael Jackson album is a bit of a wasteland in terms of tunes one might ever want to hear more than once.

There is, however, what music industry experts would term 'a shitload' of unre­leased Michael Jackson stuff still in the vaults. It's very important that this is not pissed up the wall, so we reckon it's time to let the Brits have a go.

We have pulled together five names. None of these people should be left com­pletely in charge of what happens with the next Michael Jackson album, but we reckon that if at least three of these indi­vidu­als are in the room at the same time things will be okay.

1. Brian Higgins
One of the problems facing anybody looking to put together the next Michael Jackosn album will be the huge archive of half-finished songs, isolated snatches of bril­liance and occa­sional flash of genius. As has been well doc­u­mented, when Xenomania hit the spot it wasn't just when members of the song­writ­ing and pro­duc­tion team hit on incred­ible sonic or melodic moments, but when the right portions of the right songs were put in the right order to create a song whose whole was many times greater than the sum of its parts. Brian Higgins was at the heart of this process and should be let loose on the Michael Jackson archives.

2. Richard Russell
Inventor of XL Recordings and knower of various important things about popular song. If he believes in the true potential greatness of this Michael Jackson album it will end up being amazing. There's a good interview with Richard here.

3. Christian Smith
Christian Smith is Head Of Music at Kiss 100, the London-based (though available digitally and online elsewhere) radio station spe­cial­ising in (as they put it on their website) "Rhythmic / Dance – [we are] a dance music station primarily aimed at young Londoners 15 – 25". Kiss is one of our four most listened-to music radio stations and a hint of its musical per­son­al­ity would be a great addition to a modern Michael Jackson album. Here's Christian chatting about music.

4. Mark Wood
One half of DJ (and occa­sional recording) 'outfit' Readers Wifes and — as his sleevenotes to the excellent 'A Complete Introduction to Disco

' boxset prove — a popular music genius. Mark under­stands and cel­eb­rates the strict laws of pop, but he also knows exactly when and why those laws should be broken.

5. Marvin Humes
Marvin is indebted to Michael Jackson as much for Jacko's pion­eer­ing work with the deep v as for his musical back catalogue. We think any new Michael Jackson album should have a proper thumbs up from Humes.

If someone from Sony could give us a quick call when the above­men­tioned indi­vidu­als have sorted out the next album we will come in and give it a listen. Thanks everyone — now all we need to do is find an expert in the field of mawkishly terrible celebrity portrait painting and it'll be all systems go.