Some say the Popjustice honours system is outdated: a mean­ing­less relic from a different era in pop. Some recip­i­ents even refuse to accept their honours.

But this honours system — which exists to recognise and reward non-popstars for excel­lence and amaz­ing­ness in the field of pop music — still has a place in society, and there can be little doubt that, to many, there is no higher accolade than Order of the Popjustice Empire.

Here are are the seven men and women (and one company) receiving an OPE this year.

Note to recip­i­ents: you can click the cer­ti­fic­ates for a full-size version that you may frame, have tattooed across your backs etc. In the olden days music journ­al­ism had two primary roles: journ­al­ists would either tell music fans what was happening with artists they already loved, or they'd tell music fans what artists they might love in the future. Social media has anni­hil­ated the first part of the job and now, with Spotify's insanely accurate Discover Weekly feature, streaming has shut down the second. Matt invented Discover Weekly so CHEERS FOR THAT ONE MATTHEW. (There's a good chat with him here.) We talked about Justin earlier this year (TL;DR — he used to be in Semi-Precious Weapons, that band you des­per­ately tried to like more than you did about five years ago) but it's his part­ner­ship with Julia Michaels that threw up some of 2015's best pop moments. The song­writ­ing duo wrote on Hailee Steinfeld's 'Love Myself', Selena Gomez's 'Good For You' and Justin Bieber's 'Sorry' among various others; they've recently been working with Britney. There's a good interview with Justin here, and a good interview with Julia here. Justin Bieber and Carly Rae Jepsen have both been praised for their 2015 rein­ven­tions. To us, these 'rein­ven­tions' were both more a question of unlocking something that was already there, and Scooter Braun held both sets of keys. Jeppo didn't connect with massive audiences this time round and the Justin album didn't hold up on a song­writ­ing level, but both albums were packed with an ambition to push pop in different dir­ec­tions. It'll be inter­est­ing to see where Scooter takes artists like Ariana Grande, Madison Beer, Who Is Fancy and CL in 2016. There are plenty of reasons to include the Island Records bigwig in our honours list (SBTV did a great interview with him this year) but he's included here for one specific act: not imme­di­ately dropping Petite Meller when 'Baby Love' wasn't a hit. Darcus actually already has an OBE which sadly is imme­di­ately voided by his status as an OPE. Apols. Ten manage artists, publish songs and release music by lots of people. They do all three of those things for Elliphant, Zara Larsson and Erik Hassle — all of whom had singles on our Top 45 Singles Of 2015 list — and they also look after Niki & The Dove, Icona Pop and various others. Ten have an instinct­ive grasp of what makes great pop and they'll probably be behind a load more of your favour­ites by the end of 2016. We've been listening to our Top 45 Singles Of 2015 playlist a lot over the last couple of weeks and the one song that jumps out every time as being the most fresh, unusual and daring is Grace Mitchell's 'Jitter'. It was produced — and co-written — by Mark Foster, ie the man out of Foster The People. (Along with Grace herself the other listed co-writer is Foster The People key­board­ist Isom Innis —  some of Isom's stuff on SoundCloud is worth a listen too.)

And that brings to an end our totally com­pre­hens­ive and not at all random list of people we thought did some good stuff in 2015. Who will be honoured at the end of 2016? Spoiler: probably not James Arthur. 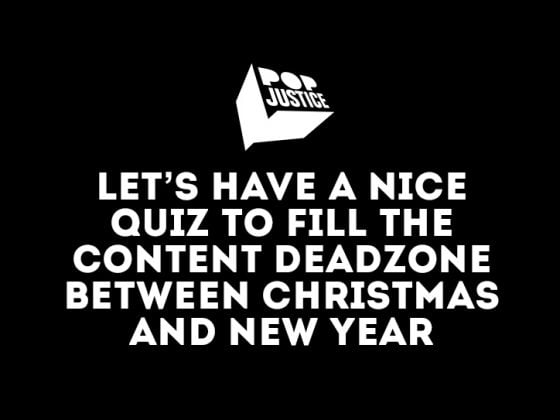 The Amazingish Popjustice Quiz Of 2015 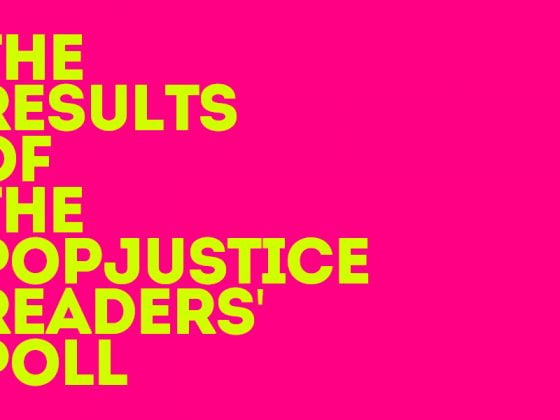 The 2015 Popjustice Readers' Poll — THE RESULTS!