We've still got a scar on our knee from when Matt 'What You Talkin Bout' Willis landed on us in 2004, but because he is offi­cially the nicest man in pop we are prepared to forgive him, espe­cially because a CD of his new pop tunes has finally-and-about-bloody-time arrived at PJHQ and we can state right now that…

It actually includes the line "get the rock right out of here". Surely pop music doesn't get much better than this. Except…

There's another bit which is all kind of "Hey — HEY!". The type of line literally INVENTED for CD:UK call-and-response moments. We hereby demand that CD:UK is kept on air at least until Matt can make this a reality.

And then the middle eight is all sort of arm-wavy. This will be useful when it comes to Matt head­lining the new Wembley Stadium WHICH IS HIS DESTINY.

Another one of his songs, 'Up All Night', features — suspend your disbelief! — A GLOCKENSPIEL SOLO!!!!

As you can see this is all just too exciting.

But let's just have another look at this picture. What the hell is Willis wearing? Is it a shirt? Is it a hoodie? 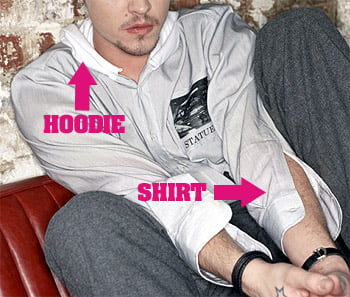 It's like some sort of clothes-based "impossible object" which starts off as one thing and ends up as another. OMG! MC Escher has come back from the dead and started styling popstars!

We don't think much of Lisa Scott-Lee's new look. :( 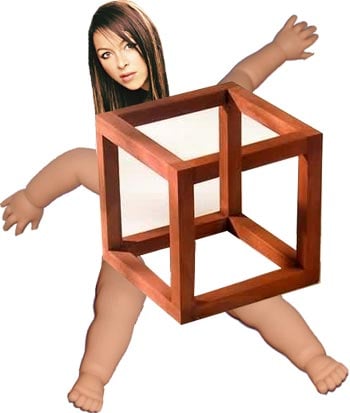 Is this the greatest band logo of all time?

Prepare to throw a lot of knickers