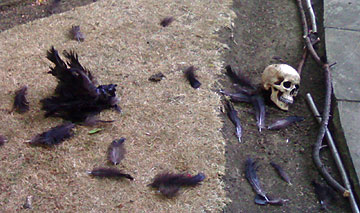 That's right viewers — we went to the Meat Loaf 'Bat Out Of Hell III: The Monster Is Loose' launch thing last night.

As ever, we had a pro­fes­sional pho­to­grapher in tow. 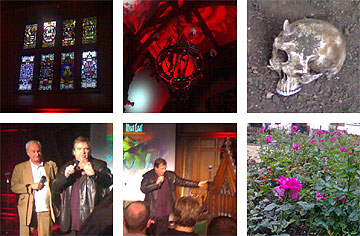 Anyway, after all the Gambo business, they played the video for Meat's new single. In typical 'Bat Out Of Hell' fashion it's actually already been out before — it's only bloody Celine Dion's 'It's All Coming Back To Me Now'. Meat's Dr Who-style assistant on the song is Marion Ravn, formerly of Norwegian pop duo M2M. She is quite pretty.

We tried to follow Meat Loaf into the toilet at one point but that wasn't happening.

They also played a BRILLIANT song from the album, called — what else? — 'Blind As A Bat'. It is like the most perfect Backstreet Boys song ever and you cannot say fairer than that.

Anyway, that is what we did last night.