There is a lot of rivalry between Capital FM and Radio 1 but after you take into account playlists, DJs and listening figures at the end of the day it always comes down to how a station copes when celebrit­ies visit.

This morning popular singing five-piece Girls Aloud ('Christmas Round At Ours', 'Walk This Way', 'See The Day') have already visited both stations in identical clothes. This gives us the unusual oppor­tun­ity to fairly compare the two stations' photoskillz. Radio 1 wins this round. Let's see what happens when Rihanna comes to town.

Since we published this article, two further images have appeared online. Here they are: 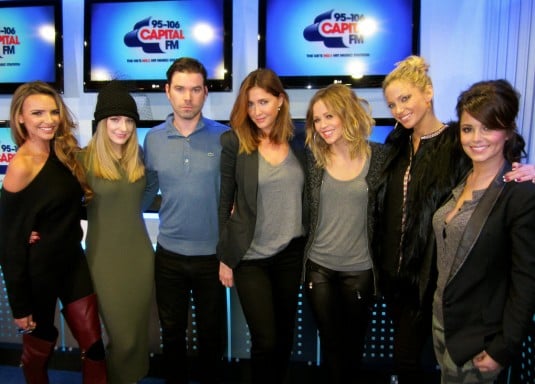 Radio 1's was a tech­nic­ally competent photo, but we admire Kiss' use of humour and style. Kiss FM are the winners.

Alright, another picture has now arrived. It's now a tie between Kiss FM and In:Demand.

Now this is getting ridicu­lous. No sooner had we updated the post to include In:Demand than THIS arrived upon the Twitter.

Well — attempt­ing to forget the fact that Foxy has promised us a glimpse of his penis — let's have a look, shall we? We appre­ci­ate this spirited late entry from Magic but we'd say it's still a tie between Kiss FM and In:Demand.

What's that you say? Girls Aloud visited yet ANOTHER radio station yesterday morning? We're still going with Kiss FM and In:Demand for the winners here. 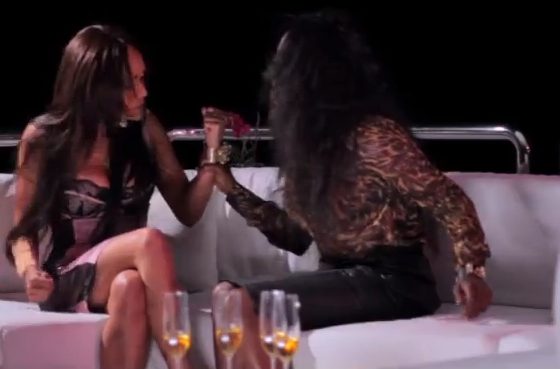