Sister Cristina Scuccia — ‘Livin' On A Prayer’ (The Voice)

“The Italian football team are a stylish, well-drilled outfit with pockets of excep­tional flair, so it makes perfect sense that their top TV talent is Sister Cristina Scuccia who…ummm…ok, you know what? There is no parallel to be drawn between the Italian football team and a YouTube clip of a singing nun doing a version of a Bon Jovi song. If I was a judge on the Italian Voice – prefer­ably not one of the ter­ri­fy­ing looking ones with ill-advised goatee beards — then I would be obliged to blame some other judge for their bad song choice, as I'm not sure Sister Cristina Scuccia quite has the pipes to stand up to Jon Bon (although she has such a lovely smile it might be hard to tell her this to her face). The backing band here are The Vamps – employed to add “rock” vibes — and it's ulti­mately quite hard to argue with a singing nun in any format. But there does remain a suspicion here that she might be dis­guising her modest talent with novelty and costume, and I'm not sure pop music has ever been about that.”

“Everybody remembers where they were when Eduardo Aguirre came second on Latin America Idol in 2009. I was buying soup in the Hinckley branch of the Co-Op, soup to which an unne­ces­sary dash of salt was added from the solitary tear I shed over Eduardo coming so close to – yet so far from — the prize he clearly coveted. Five years on, with the steely benefit of hindsight, maybe it was for the best. This version of 'Soy Rebelde' is largely rubbish and not the kind of song that can be improved with a denim waist­coast, if indeed any song can be. Aguirre is not without talent. His vocals, when restrained, have an admirable smooth­ness to them, whereas with a bit of work he could turn those intense starey facial expres­sions into a viral meme like that bloke out of Future Islands managed. But ulti­mately he lets himself down by a) giving this song an excru­ci­at­ing hard rock edge b) not dressing up like a nun."

Next up: Switzerland vs France 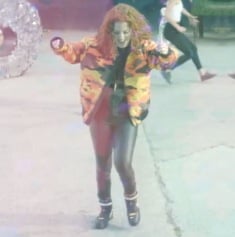 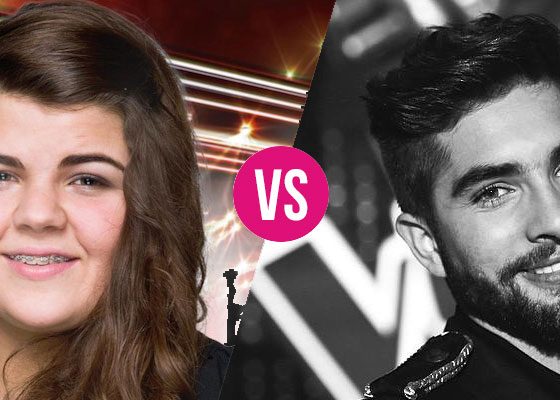