Far be it from Popjustice to tell popstars how to do their jobs but, well, times are tough and somebody's got to. Olly Murs' new album is sort of new and sort of old: the first disc (do discs even exist in 2018? Probably yes if you're hoping to sell most of your music in super­mar­kets) is all new material, and the second is old shit. 1

This is a format that some may remember from Michael Jackson's HIStory release back in The Olden Days, which might lead you to deduce that Olly's album should in fact have been called MURStory.

But you would be wrong, because of course the same trick has most recently been used by Now That's What I Call Music, who marked their 100th instal­ment by issuing Now 100 as one CD of recent chart hits, and one CD including picks from the previous 99 editions. Which was a silly way of doing things, but let's not get into that now.

Anyway, the point is that Olly's album should actually be called Now That's What I Call Mursic.

Thank you and goodnight. 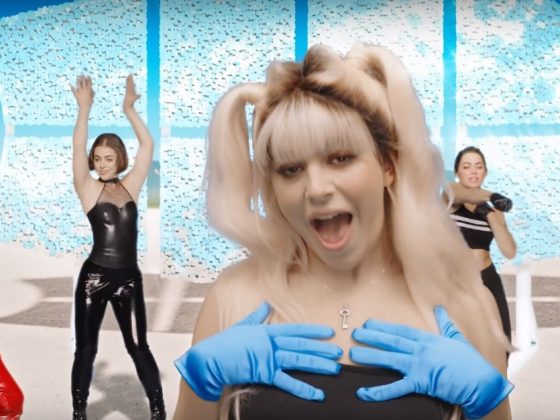 Little Mix have delivered the album title of a generation