We're slowly becoming obsessed with this Plan B poster, which is currently running on the London Underground and perhaps in some other Undergrounds we haven't yet visited. 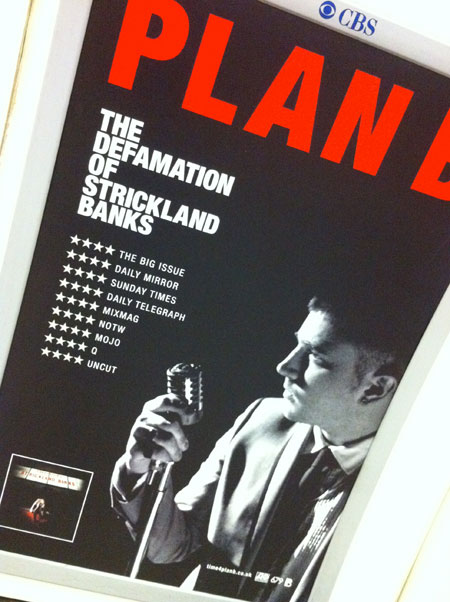 So we want to draw your attention to the star ratings on the left hand side.

Star ratings often appear on music posters. Usually you'll be looking at a five-star rating or two, but there are none here. In fact, the four-star reviews are lined up in such a way as to actually draw your attention to this album not knocking off the socks of any reviewer. Isn't that a bit odd? "This album," the poster seems to say, "is not that amazing."

Now, it may well be the case that there is something quite clever going on here. It may be that the poster is spe­cific­ally designed as a counter to all the hype that surrounds the modern album release. The idea may be to appeal to someone who is bored of being told that albums are the greatest thing ever, only to be dis­ap­poin­ted when they give them a listen. Promise someone a 5/5 album — a perfect album — and they'll probably be dis­ap­poin­ted. The Plan B poster, then, says to the potential buyer: "Plan B, the sensible 'n' trust­worthy 'n' authentic singer song­writer person is as bored as you are of overhyped artists, but look at all these people who agree that the album's really good, they're not caught up in the hype process or anything and are just saying that they think the album is great".

This said, it still seems a bit odd to arrange the stars in a line that so obviously says nobody gave it five stars. Are they hoping that at a glance this massive block of stars will be mistaken for a five-column rather than four-column grid?

Either way, this would be better. 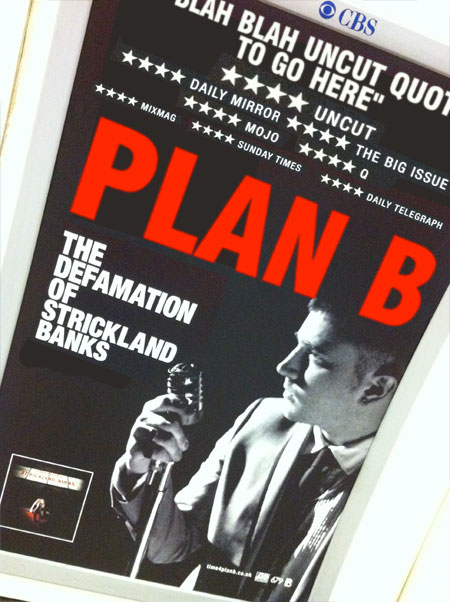 NO NEED TO THANK US PLAN B. Just keep on making that brilliant music.