There's a theory about Madonna that she's best when her back's against the wall. 'Ray Of Light' reignited her career as a proper global megastar after two relative flops, while the actually amazing but poorly received 'American Life' was swiftly followed by her last truly great album, 'Confessions On A Dance Floor'.

Obviously this being Madonna in 2015 you worry something's going to go wrong. After all, this is a tour in support of an album that leaked almost in full months before it was even announced. That was promoted by Madonna utilising some dodgy Photoshop, some black wire and, appar­ently, Wikipedia's random article function. Let's not even mention the unfor­tu­nate Brit Awards cape debacle (I do mention it below actually, apols). So when the clock ticks past the 9:30pm stage time people start to worry. As it edges past 10pm I'm convinced she's not coming out. By 10:15 I'm con­tem­plat­ing the Uber journey home. Five minutes later, however, and we're off, Mike Tyson bellowing from the big screens as 'Iconic' blares out.

So, without further waffle, here are nine things I learned while watching Madonna have a singsong in LA: You know it and I know it: 'Body Shop' is not a very good song. In fact, it's almost embar­rass­ingly shit. That it makes the setlist ahead of 'Ghosttown', or 'Hold Tight' or 'Inside Out' is fairly baffling, but it does give Madonna the chance to roll around on a car bonnet and maybe she's earned that right after all this time. Overall the new songs work quite well out of context of the album, although the opening section — which features four new songs — looks amazing but feels strangely sterile. In fact, most of the new songs are set within the show's more the­at­rical and rigid frame­works, while the older ones are done fairly straight. It means that she seems much more relaxed just having a dance and singsong while per­form­ing 'La Isla Bonita', for example, than she does hanging upside down during 'Holy Water', and not just because of the physical exertion aspect. It sometimes feels like she's forcing the new songs to appear more spec­tac­u­lar than they are. Also, Madonna, get rid of 'Candy Shop' too, please and thank you. Dotted around the Forum are various fans recre­at­ing various eras of Madonna's career. There are women covered in bangles and lace; one woman is dressed as Dawn French dressed as Madonna doing 'Vogue'; one guy has arrived in a full gimp outfit, although perhaps that was just because it was a Tuesday night. Also dotted about, however, are matadors and people sporting black bull horns. Following the Brits per­form­ance it feels like the song and the outfits have pushed their way alongside Madonna's other iconic looks, which, given the fact I can barely even remember most of the songs/videos from the previous few albums, is a good thing for Madonna's continued ability to inspire her fans' shopping habits. On stage 'Living For Love' was quite a moment too. Obviously — OBVIOUSLY — she still wore a cape but this time it was about twenty times longer, as if she was daring it to go wrong again. This time you could see she turned to her dancers and nodded when the cape was ready to be torn off, and off it came, this time not dragging her down after it thank goodness. That bit got one of the biggest cheers of the night too.

The stage is basically a penis Look at it! Yeah yeah it's a heart and a cross and actually if you had a bar going through the middle of your penis I'd go and see a doctor, but that is meant to be a cock and balls, surely? In fact, I don't know why I'm asking because Madonna agrees. "Thank you for lighting up my penis" she says at one point, before adding: "It's inter­est­ing how much a heart looks like the head of a penis. Honestly I didn't plan it that way." Cue a very knowing look.

She's still a fan of guitars

NEWSFLASH: Madonna's a really great popstar. She can do the singing, the dancing, she's sweary, she's knowing, she's funny, she looks like she loves doing it and she'd kill your cat to be more suc­cess­ful. What Madonna isn't is a guitarist. And that's fine, obviously, I just wish someone would tell her (I think we have William Orbit to blame for this so maybe he should do it). So tonight we get (an otherwise incred­ible) 'Burning Up' thrashed out on an electric guitar. The lovely 'Secret' is hampered by some 'unique' acoustic guitar strumming and 'True Blue' and a cover of 'La Vie En Rose' are eked out on a ukulele. A UKULELE! She's not Ed Sheeran for Christ's sake! Still, 'True Blue' though, what a fucking tune.

She's not afraid to get nostalgic

Madonna's stage 'banter' consists mainly of "LA you mother­fuck­ers" and "Are you ready to heat shit up Los Angeles". It does the trick. But just before she does 'Rebel Heart' she gives a lovely speech about her fans and their loyalty and talks about her career. She also at various points mentions how tired she is. During 'Rebel Heart' she shows a montage of drawings fans have made showing her various looks from her various eras and it all feels pretty nostalgic. In fact, all of these things felt quite new for Madonna, a woman who doesn't really enjoy relying on the past or reflect­ing on it for too long. It suits her too, meaning that the show's older songs — at one point she does a medley involving 'Dress You Up', 'Into The Groove' and 'Lucky Star' — feel like a cel­eb­ra­tion rather than some songs she's contorted into new shapes so as not to appear like she's resting on her back catalogue (something her last few tours have stub­bornly avoided). As with Janet Jackson's current tour, it just means she's cel­eb­rat­ing what she's achieved and there's nothing wrong with that is there really. Oh and there's also some self-awareness too! At one point she says: "You're probably bored of my stupid cliche, rebel heart." My lips are sealed.

What a tune 'Deeper And Deeper' is

The setlist features precisely zero songs from 'Ray Of Light', 'Confessions On A Dance Floor' or 'MDNA', but there is room for one of Madonna's greatest rel­at­ively neglected singles, 'Deeper And Deeper'. Seriously, what a song that is. Plus she doesn't just do a bit of it or mash it up with some other song — she does the full version and every moment of it is glorious.

She's happy to be back in Los Angeles

She tells the crowd a few times how happy she is to be in LA again and that she feels like it's a second home etc etc. To honour this fact she decides to do a song that's not in the setlist as a special treat during the 'acoustic section'. 'Oh', I think to myself, 'it will likely be 'Frozen' or some other song that will work quite well 'stripped back''. She only bloody does 'Like A Prayer' and not just in a boring way but the full amazing way.

Here's a bit of it as shot by me on an iPhone:

Katy Perry has no qualms about drinking from a banana Sharing a Banana with Katy Perry‼️ Highlight of my show at the Forum! Thanks Katherine🍌🍌🍌🍌🍌 ❤️#rebel­heart­tour

And finally, a nun's habit will set you back $35 Or how about some rather fetching 'sliders'? 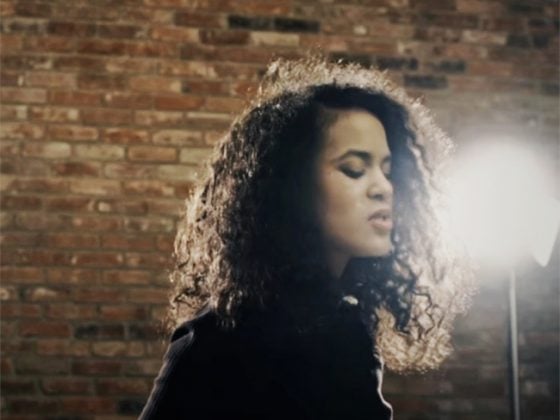 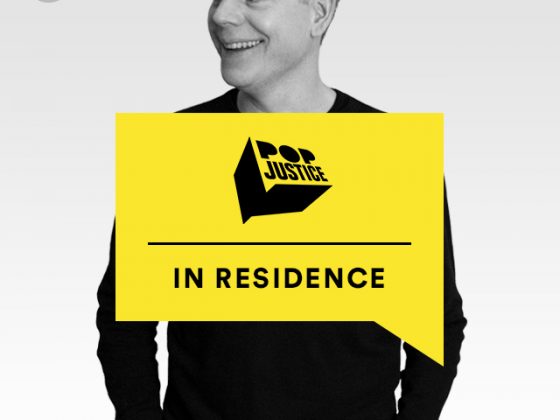