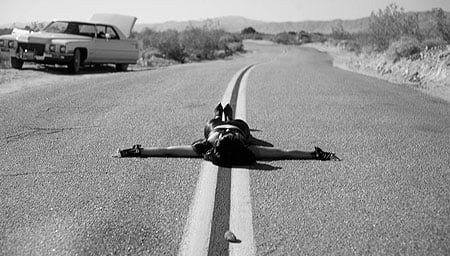 1. Nicki Minaj
Nicki's place 'atop' the Popjustice Almighty has been a long time coming and as 'Pink Friday' finally hits shelves the right time for an Almighty position feels like right about now. About one third of the album borders on ropey, but for those who like to sequence albums to their own liking Nicki has had the foresight to guest on one or two other tracks over the last year or so, meaning that there are some potential replace­ments for your 'Ultimate Pink Friday' playlists. Meanwhile the songs com­pris­ing the 66% of 'Pink Friday' that isn't ropey represent some of the most spec­tac­u­lar music of 2010. At its best, 'Pink Friday' also estab­lishes an immensely fas­cin­at­ing persona which seems to hint at the only serious current threat to the reign of Lady Gaga — another 'chanteuse' who didn't exactly do too badly with the whole 'one third ropey debut album' trick.
More Nicki Minaj

2. Natalia Kills (pictured above)
We've talked about her before. Don't be put off by some of the slightly self conscious artsy stuff, she's amazing. Here's 'Break You Hard'.
[youtube]V1mv5VFD2IU[/youtube] More Natalia Kills

3. Robyn
The whole 'Body Talk' thing has been a bit long winded but we've got there in the end and, GOOD LORD, what a triumph. Robyn is currently the best Robyn in pop, although Robyn Fenty is a solid second. Sometimes Fenty overtakes Carlsson. Best Pop Robyn is a fiercely contested accolade. As you might expect.
More Robyn

4. Lady Gaga
Lady Gaga did a nice thing recently that it would not be polite to talk about, but it is deffo worthy of a Number 4 PJ Almighty placing. Also, while we are aware that it might be con­sidered slightly premature to project some sort of world-saving pop halo onto 'Born This Way', the next album's basically going to be the best thing ever.
More Lady Gaga

5. Patrick Wolf
The new single is very nice indeed. In case you have forgotten what it sounds like here it is.

[youtube]Boyl6Iaw2Y4[/youtube] (That is not the proper video but it is still better than that scary one with the rumpo business.)
More Patrick Wolf

Oh just get off the stage woman.
More 'Waissel'

Kylie Minogue — 'Better Than Today' (Monarchy Though The Wormhole mix)

It's the SoundGirl video. And jolly watchable it is too.