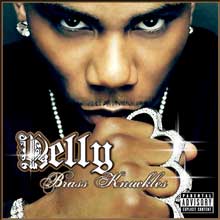 When we wrote about Nelly's 'Brass Knuckles' album back in May we included what might have been a world exclusive review of one of the album's best tracks, 'Lie'. Unfortunately for anybody inter­ested in what the song actually sounded like, our review extended to two words, and those two words — suspend your disbelief for one moment, viewers — were 'really' and 'amazing'.

For that reason you might be pleased to hear that the song is out and about doing its pre-released business (ie it has leaked) so now you can hear it. It's a duet with Keri Hilson and the chorus is simple, charming, under­stated and romantic.

"She said you tried to fuck her."
"She's a mother­fuck­ing liar."

"She said you met her last summer."
"She's a mother­fuck­ing liar."

You can listen to the track here; expect a Same Difference Live Lounge cover by the end of the year.

(Apropos of nothing, we also noted in our review of 'Brass Knuckles' that one of the songs sounds a bit like 'Mambo #5', a song which will never go out of fashion.)