Today, Mutya Keisha Siobhan have put 'pon de internet' a small portion of an acousticy version of their first new song in one billion years.

The acoustic version is all very well, of course, but you might be wondering about the actual studio version of the track.

So most import­antly, what's the tempo?
It's mid-tempo.

'Little missy sitting pretty tonight'?
We've all been there.

Not sure what this means. Who wrote this song?
Mutya and Keisha and Siobhan, plus Richard 'Biff' Stannard, Shaznay Lewis and Ash Howes.

Who produced it?
Richard Stannard and Ash Howes, along with your friend and ours Mnek.

Hang on again, doesn't this mean…
Yes, Mnek worked on both 'All Fired Up' and 'Wings', which throws Little Mix and The Saturdays into the girlband pile-up.

What year does it sound like it was recording in?
2013. It was in fact recorded in 2012, meaning that the song is offi­cially ahead of its time if only by a few months.

It is 'fash­ion­able'?
You could argue, at a push, that there are elements of so-called 'trap music' in the pro­duc­tion.  But it also sounds like The Art Of Noise, a bit. There's a lot going on in the song but it's very sparsely produced, and despite some trickery with the pro­duc­tion there's no horrific Auto Tune nonsense going on. Oh sod it's here's a three-second clip.

Don't tell anyone about that.

What are the best bits?
When the girls go "STOP!" and the music stops. When a bell rings. "HEY!" The way "heart­break" is sung as "heart­breaaauuuuuuk".

Is this song really amazing?
Yes it is. Properly amazing.

When's it out?
As ever in the world of Mutya Keisha Siobhan, that bit's TBC. 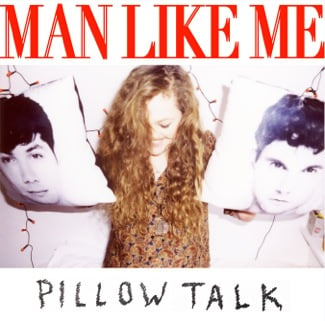