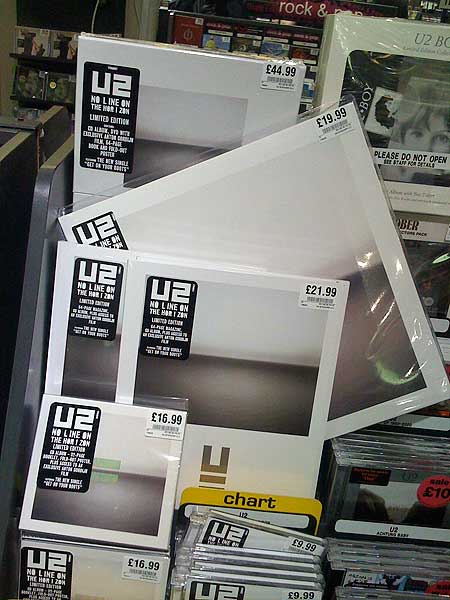 We love the idea of being able to buy an album in the format that suits your tastes. Here are five different flavours of the new U2 album — the sixth, not pictured, is the download version. They look a bit excessive all lined up together, don't they. As if someone's forgotten that somewhere, in the middle of all that packaging, is an album with songs on it.

It seems funny that physical singles have been killed off by a series of rules stip­u­lat­ing that music buyers aren't allowed to buy what they want, but the physical albums market is being boosted by just that sort of offer to the consumer.