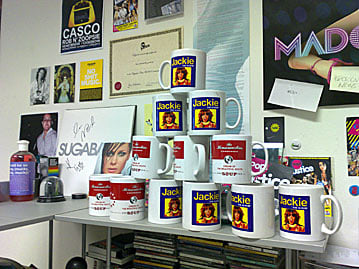 'Jackie — The Album' have now taken the lead, with seven mugs to The Housemartins' five.

The Housemartins aren't going to just sit there any put up with that, surely…?

Have a little look at Tatu's new 'White Robe' video