You need to be a bit careful when throwing around phrases like 'new favourite popstar' because these things have a habit of going a bit wrong but a) we're pretty sure this one will pan out just fine because b) the artist in question has already spent quite a long time defining the sound with which she's about to conquer the world, so we're building our expect­a­tions on some pretty solid foundations.

Moxiie (there's only one of her, the picture is slightly mis­lead­ing) is a singing, song­writ­ing, 25-year-old Haitian-raised, Brooklyn-residing pop entity. She's currently unsigned but she's not about to let that get in the way of whacking out a really fantastic single called 'Anyway' anyway.

She's decided that Popjustice is the right place for you to have a first listen, and who are we to argue? Here it is.

Like a lot of new-but-not-quite artists (Kiesza, MNEK etc etc etc) Moxiie certainly hasn't been rushing things: she's been working in and around recording studios since she was 15, and more recently she's released two EPs. There's even an album floating around in the mix. Both the EPs include tracks that still sound almost inde­cently amazing, and while the chat below suggests that those songs aren't destined to be included on future releases they help build a picture of an artist who's as obsessed with big pop moments as she is with more leftfield sonic adventuring.

Look, if it makes it any easier, she's basically Charli XCX.

And you'll probably hear that a lot over the next twelve months: in this unex­pec­ted but tre­mend­ous post-Charli-XCX-as-an-international-recording-(featured)-artist pop climate there'll be no shortage of soundaliXCXes knocking around as labels and managers attempt to replicate something that only works so well because it came about almost by accident. And that's why Moxiie is already head and shoulders above the others: she navigated her course to this where she is right now, she's engaged in some focused faffing, and it just so happens that it's only right now that things properly make sense.

If 'Anyway' isn't quite enough and you want to hear more from Moxiie those previous EPs are still knocking around online and both seem to be legit­im­ate free downloads, so that's nice. Here's the 'Scandirara' EP, and the 'Jungle Pop' EP is available via her Facebook. But her focus, quite rightly, is on the new stuff, so if you want to hear more perhaps you can harangue her on Twitter and see if she fancies putting anything else online. (We have no idea if that will actually work, she might just tell you to piss off, but it's worth a try.)

Anyway here's a quick email Q&A thing we did with her earlier today.

Which other artists would you like to be included in the same sentence as, and what would you like that sentence to be?
"We need a Moxiie record, something with the emotion of a Sia song but that sounds like nothing else — the way Santigold came out and set up her own lane." To be uttered by every major label across the globe.

What’s the big idea?
Hi! I'm looking to connect with people and maybe offer a per­spect­ive that isn't so popular.

This single is incred­ible. Are you sitting on top of a massive pile of even more incred­ible tunes, or is this the best of the lot?
(Haha!) Thank you so much! Only way from here is up.

Apparently you’ve written for other artists — who else have you written for?
I've been in countless sessions writing with and for other artists, but the way this business is — you just never know until you have the album in hand if it's actually going to be released. I will say I got to work with my sister from another mister — Stacy Barthe — and hopefully you'll be hearing that soon.

Your 'Jungle Pop' EP seems too good just to be floating around for free online. Will some of the tracks get a proper release?
Thank you so much. I appre­ci­ate that! I've grown a lot since and ulti­mately I hope to def­in­itely move forward and partner up with a label or something to have some proper releases.

Your press info floats the idea that you’re ‘The Black Madonna’. What does that phrase mean to you?
To me being 'The Black Madonna' means not following any trends, being true, unafraid to find my own place. I think it will make more sense over time. I just like to try different things. Several people made the com­par­ison, and it kinda stuck.

If PURELY HYPOTHETICALLY a pop music website was forcing you to describe your music, your artistry, your per­son­al­ity and the past present and future of all of the above in under 123 words, what would you say? It can’t be stressed enough that this is purely hypothetical.
(LOL.) OK, if that were to happen I would say: My music exists in conflict and confusion, it’s trying to make sense of things. At least I hope it can help others that way. My artistry is something that’s con­stantly evolving. I’m surprised at the things I do sometimes. As far as per­son­al­ity, I’m just very observant – I can be really in my own head sometimes, and very serious. Then I have days when I just want to bake cupcakes. The past is mostly something I survived and I’m happy it’s over. The present is all that really exists, and the future looks bright. (I actually counted those words, FYI.)

Who have you been working with on your music, who are you working with next and (presuming you’re a planet-strad­dling pop colossus by this point) who would you choose to produce your second album?
Right now I'm working exclus­ively with Swedish producer Fredro Odesjo and Reo of The Soundkillers, I just love them. They get me and I feel like we can really do anything. They have people like The Wonder Girls and Beyonce among their credits and I can't say it's lost on me that it's also pretty val­id­at­ing to have them believe in me.

Do you feel like you need to be the above-mentioned planet-strad­dling pop colossus in order for your vision to really make sense? Or real­ist­ic­ally is what you want to do best suited to a niche audience? And if you do feel you need to be the former, what will you do to make sure you don’t have to com­prom­ise your vision in order to get there?
I used to think it was all about that planet strad­dling pop colossus, now I feel like it's such a privilege to create and to do it with people I adore. So maybe what I do is best suited for a niche audience. I can't com­prom­ise my vision, it would be dev­ast­at­ing for me. If my niche audience happens to be here and there across the the entire planet, that's cool too. 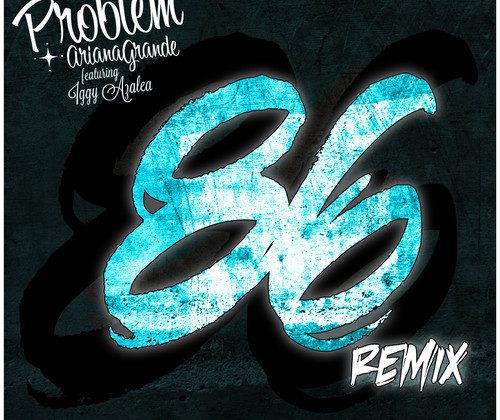