Here is a picture from Alesha's 'The Boy Does Nothing' video. As you can see, there is dancing involved. 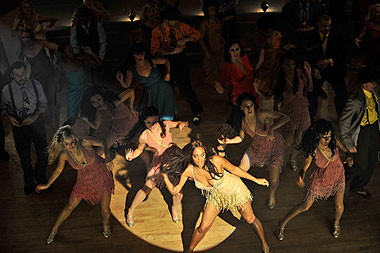 We have been sent the picture in ludicrously high res­ol­u­tion, so let's take a closer look at those dangly bits Alesha is sporting. 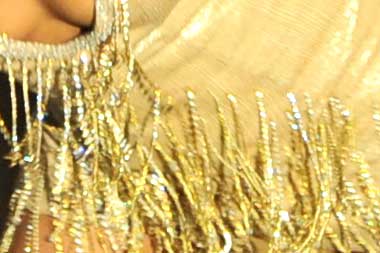 There are also some new tracks on Alesha's MySpace — including the Dianne Warren track 'Do You Know The Way It Feels' and a clip of 'Breathe Slow' which sort of cuts out before it properly gets going, but you get the general idea. There are some great tracks not online yet — one of them's a blinding Xenomania track which sounds like a Bond theme* and comes with lyrics along the lines of "you wanna know if I'm still carrying the heartache but it don't matter to me — you lost me, you forgot me … I was the girl to whom you said I do, I was the girl you said you wanted for the rest of your life…". Hurrah.

* Well it sounds more like a Bond theme than the 'Jack White' effort, anyway.

In The City roundup: our night was good, not sure about the others