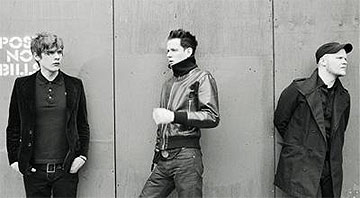 Anyway, the band have now left Columbia (BOO!) but have signed a new deal with RCA (HURRAH!), which might seem like quite a minor change con­sid­er­ing they are both in the same building but we would imagine it is DEEPLY SIGNIFICANT, will involve Craig Logan over­see­ing the whole thing, and so on. They have done some new songs for their album. It is an album which will DEFINITELY be coming out.

Things Lorraine Should Do Differently This Time Around
1. Remember it's better to be a cool pop group than an uncool indie group.

2. Put their bloody faces on their record sleeves. Novelty alarm clocks and unicorns are all very well but best left to bands who are ugly and have no altern­at­ive. In Lorraine's instance it was simply a waste of good cheekbones.

3. Actually that's about it.

The Week In Pop 8