On the surface it's a song about being double-crossed ("even after three times he betrays me"), con­tem­plat­ing revenge ("bring him down, I'll bring him down down, a king with no crown, a
king with no crown"), but being repeatedly drawn to awfulness: "I'm just a holy fool but baby oh baby he's so cruel, but I'm still in love with Judas, baby".

Vocally Gaga's in
com­pletely new territory (in the verses and pre-chorus she hurls herself into a decadent half-sung, half-rapped Jamaican Patois style), the chorus is a
thousand storeys high, there's a demented tribal techno breakdown, and the whole thing is a little bit over­whelm­ing for all the right reasons. Importantly, as a turbo-charged elec­trogothic wrongness anthem 'Judas' sounds like a
lot of fun — like Gaga had fun writing it and like RedOne had a lot
of fun producing it. If Abba ever went to the sort of poppers-'n'-fisting Mannheim
sex club Jake
Shears told us about in 2009 'Judas' is the sort of song they would
have come up with. Maybe this is all good news for those of you who felt that
the overstudied
care­free­ness of 'Born This Way' missed its target.

We first heard an early version of 'Judas' last May, the same time we heard that early version of 'Born This Way' and a handful of other tracks that have made the album, and we last heard the track a couple of weeks ago — not the very
final mix, appar­ently, but we were told there would be no major
changes. While the sound of 'Born This Way' had changed a lot by the time the single version debuted, the sound of 'Judas' has been indus­trial, thun­der­ous and frantic throughout.

One of the more recent additions to the song, which has appar­ently only appeared in the last few weeks, is a middle eight that goes like this: "In the most Biblical sense, I am beyond repent­ance. 'Fame hooker', 'pros­ti­tute wench', 'vomits her mind'… But in the cultural sense I just speak in future tense. Judas kiss me if offenced, or wear an ear condom next time."

You might raise an eyebrow at 'offenced' but remember how "WHAYOURBARROWMANCE" didn't exist until Spring 2009 and these days it's part of all our lives. What does the 'Judas' interlude mean? "It's pretty east to decode," Gaga told us when we asked. "In terms of tra­di­tional views of what a woman is supposed to be I'm beyond the ability to redeem myself. But I don't want to redeem myself, because in the cultural sense I believe that I'm just before my time. And if you don't like it, wear an ear condom."

What is the BPM?
Somewhere in the region of 130. Yes, you will be dancing to this song.

Is it actually about Judas out of The Bible or is it pre­tend­ing to be about Judas when in fact it is about something else?
The first time Lady Gaga played us the tune she told us that in broad terms it was about being in love with the worst guy you've ever met, but as you might expect there's more to it than that. "It's about leaving your darkness behind in order to come into the light," she added the other day. "I have a lot of things that have haunted me from my past — choices, men, drug abuse, being afraid to go back to New York, con­front­ing old romances — and Judas rep­res­ents, for me, something that is bad for me that I can't escape. I keep going back and forth between the darkness and the light in order to under­stand who I am." So, very broadly, the main portion of the song is about Gaga in private and the middle eight is about Gaga in public, two themes that are explored elsewhere on the album too.

Is it better than 'Bad Romance'?
It's too early to say yes but it's too close to rule it out.

Does it actually sound like 'Bad Romance'?
Well, 'Judas' is to 'Bad Romance' as 'Bad Romance' was to 'Poker Face'. It's a new exper­i­ence in familiar territory, like dancing in your favourite club after it's had a new sound­sys­tem fitted. The nods to 'Bad Romance' are delib­er­ate — Gaga told us that while sometimes it's important to push herself in new dir­ec­tions, as she does  through­out the album, "sometimes I do count my stripes and make sure they’re all there, and 'Judas' was one of those records. I wanted it to be an evolution from where I’ve been before but in terms of the formula I wanted there to be something about 'Judas' that reminded people of what I’ve done in the past". So there's a post-chorus like the 'Bad Romance' "whoah-oah-oh" bit (here it's "whoah-oh-oh-oh-oh-oh-oh I'm in love with Ju-u-das, Ju-u-das"), there are some ra-ra post-chorus hook bits ("Juda-Judas, Juda-Judas, Juda-Judas, Juda-Gaga") and the song unfolds similarly too: post-chorus, post-chorus hook, song slams in with verse one, then pre-chorus, big explosive chorus out of nowhere, then back down to post-chorus, post-chorus hook and so on.

Does it sound like any songs by  other notable recording artistes?
No.

Will some people dislike it?
Yes, and it is important that these people are able to accept that they are wrong. They will need your love and your respect while they come to terms with this difficult truth. Do not pity them, just offer them your help. 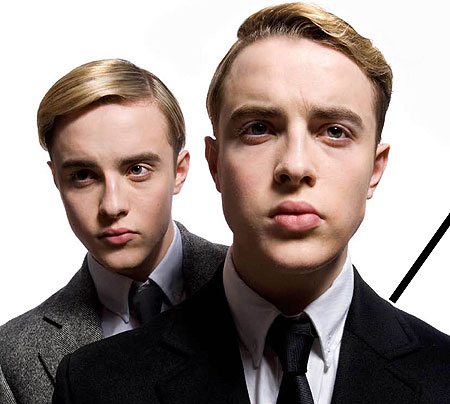 Jedward are trying to wind up Blue 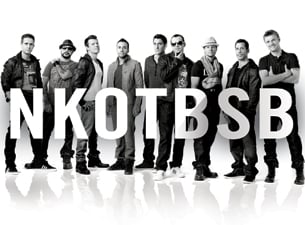 Jordin Sparks will support NKOTBSB on their summer tour