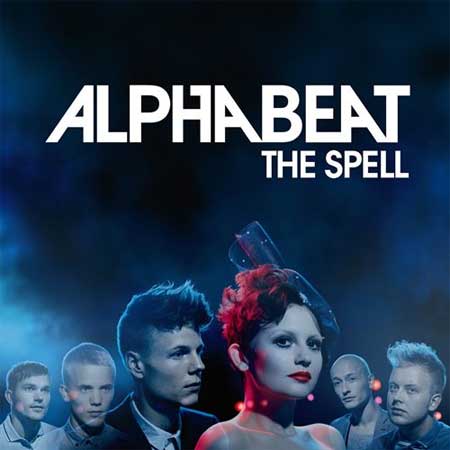 Alphabeat's new album 'The Spell' isn't out in the UK until next year but in it's out on Monday in Denmark, and the Danish iTunes Store are offering up thirty second preview clips of all the tracks. Clicking here should take you to the page in question, but you'll need to change country to get to the Danish iTunes Store.

We've had a few weeks to get to know this album and we do love it, but one thing you'll imme­di­ately notice from the clips is that band's current single, also called 'The Spell', isn't their only nod to the early-to-mid-90s Euro dance scene. In fact (have we mentioned this before somewhere? It all seems strangely familiar) all traces of the sound that made the band popular have now gone, which is a brave move that mostly works in the band's favour. The melodies are all in place, for example, and the pro­duc­tion does capture some of the whooshes of excite­ment you'd get from a Haddaway or Corona single. Some of the lyrics are great but in many places are utter drivel which, to be fair, maybe adds to the 90s pop authenticity.

What doesn't feel quite right is that such an abrupt change in style leaves one wondering what Alphabeat really sound like, if they actually have a sound, or whether they'll just hop from album to album being inspired by different genres each time, sticking to sets of influ­ences so strongly that each LP almost seems like a concept album. Perhaps that's no bad thing, but before long fans will want to feel like they're really getting to grips with what the band are like. As it currently stands, after the 80sisms of the first album and the 90s 'bent' of this one we're expecting a full on 2000s revival for album three. Album four will be influ­enced by the 2010s but album five is where things will get inter­est­ing: it'll be released in the late 2010s but will actually be influ­enced by the 2020s.

If this reads like a negative review it's not — we've been hammering this album and love loads of things about it. It's just that sometimes when it's on we're not sure exactly what it is we're listening to.

Slightly unnecessary use of the word 'furore', we'd say…