The new Sugababes single, 'Freedom', is no good.

We need to be com­pletely unam­bigu­ous about this.

It is a bad song.

The vocal per­form­ance is just about per­func­tory — it still sounds like Sugababes, in the sense that a miserable fart in the bath 'sounds like' a thun­der­storm — and the bit where it gets 'exciting' (see clip below) is kit­chen­sink­i­fied enough to catch one's attention.

People seem to take a sur­pris­ing amount of glee in giving the Sugababes a kicking. The shouting and pointing has been going on for ages, but it's worse
now. Maybe it's because the band's music is worse now. Maybe the band's members could be replaced every eight hours and nobody would really care if the music was good. Either way, the hecklers think it's funny that a once great pop group is on its knees. To most people the band is now a joke. We don't think
it's very funny. We take no pleasure in seeing one of our favourite pop groups of the last eleven years (in fact, they were Britain's best girlband at various points for almost a decade) in its death throes.

As we just posted on the Popjustice forum in a thread dedicated to the
band's ongoing struggle, "there is nothing [we] would like more than
for the 'Sugababes' to have an amazing single, to show everyone that
they're worthy of con­tinu­ing the band's name, to shut up the sniggering
critics, to do justice to the support they get from their fans, to turn
in a great and soph­ist­ic­ated twist on modern pop. That's what we all
want, isn't it? [We'd] even put up with a great and unsoph­ist­ic­ated
twist on modern pop." 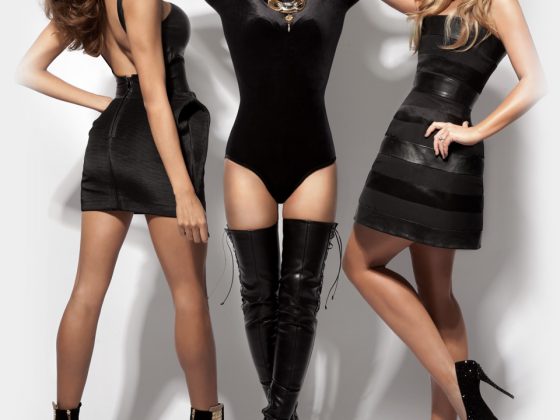 Sugababes have premiered their new single in a Nokia ad