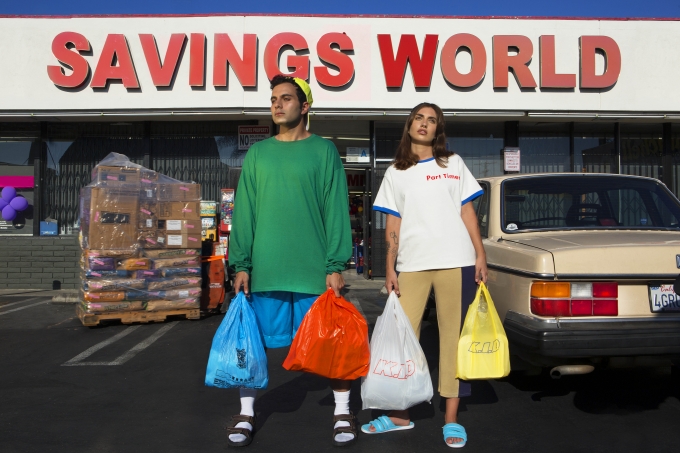 "I don't go out much since I moved to LA," begins Bobby from excellent Canadian elec­tronic pop duo K.I.D, "because I'm sober now and have kind of fully embraced my identity as an intro­ver­ted writer."

This is how he kicks off his descrip­tion of the band's new single 'Elevator': so far, so chuck-it-in-the-press-release-and-hit-send, right? Well stick with this because it takes an unex­pec­ted turn. Why not listen to 'Elevator' while you continue reading Bobby's story?

"Every once in a while though," Bobby adds, "when I can't sleep at night, I'll catch myself thinking back to my uni­ver­sity years when I'd frequent a popular gay party in Toronto called Big Primpin. On a couple of occasions, I left the party with a charming bottom who lived in one of Toronto's ubi­quit­ous high rise buildings."

"The tension that would build on the seemingly eternal elevator rides up to his apartment was almost more exciting than the sex itself, which I guess doesn't reflect well on his abilities."

"Anyway, on one par­tic­u­lar sleepless night I flushed out a song inspired by my elevator memories, starting with a guitar part that was remin­is­cent of J‑Lo's 'Waiting For Tonight'. I'm excited about how it turned out, it's very different for us."

Charming bottoms! Elevator rides! A GUITAR PART REMINISCENT OF A J‑LO SONG! Pop really doesn't get any better than this ladies and gentlemen. Obviously what with the whole K.I.D‑being-a-duo thing it falls to Kara to bring Bobby's words to life 'through song', which in turn leads us to one of the most frank popstar Twitter exchanges of recent times. 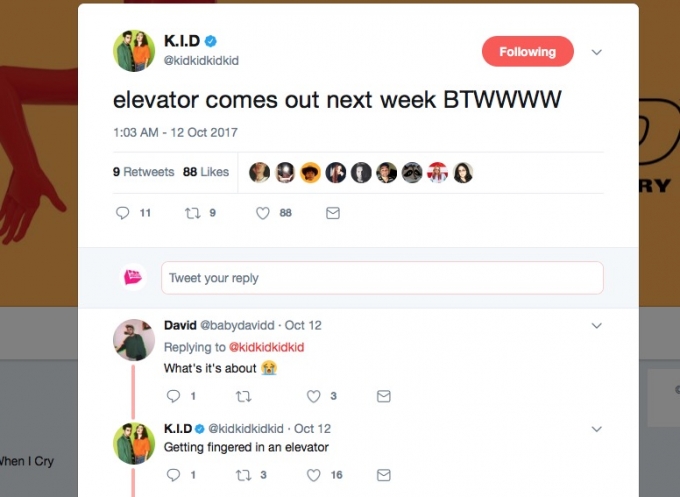 The band have been knocking around for a couple of years now — K.I.D stands for Kids In Despair — but since signing to Columbia it feels like K.I.D's frank and engaging pop thing might be on the verge of exploding. Their last EP, 'Poster Child', was really good as well.

(As for how the group got off the ground: "We were on a lot of med­ic­a­tion," Bobby said last year, "so our memories are kind of blurry and we don’t really remember forming the band." Amazing.)

HEY!!!! Would you like to #engage with K.I.D through the depress­ingly imper­sonal world of 'social media'? YOU ARE IN LUCK. They're on Twitter. They're on Facebook. They're every-fucking-where. 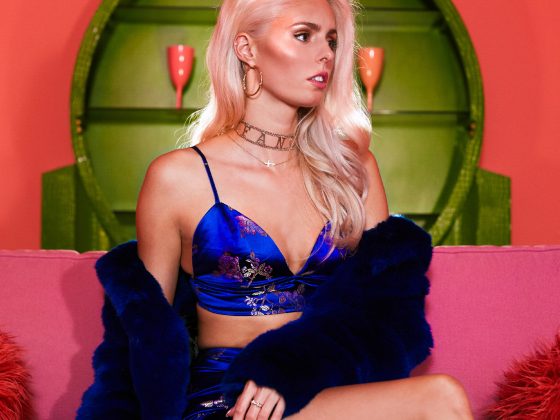 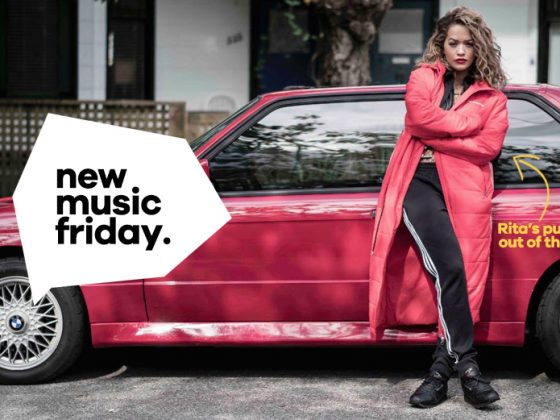