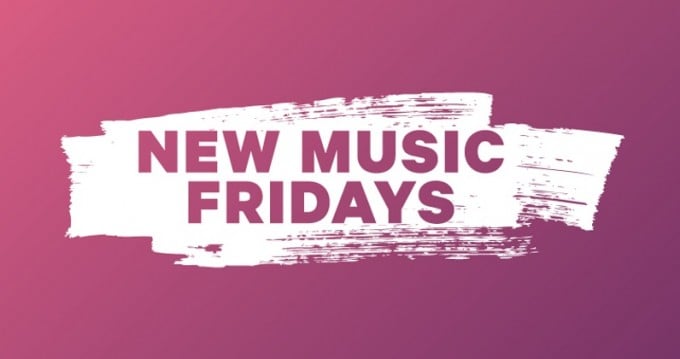 From next week, new single releases will come out on a Friday. On that day everything will, appar­ently, change. But a change has already happened, and it happened today.

You know how it is. You enjoy a song on YouTube five or six months before it's released. Maybe, as it's released in other ter­rit­or­ies ahead of the UK, you find an audio file somewhere online and enjoy that for a bit. Maybe, when it offi­cially appears on Spotify a month ahead of release, you add it to a playlist or two.

Finally, on the Sunday when the song even­tu­ally appears on sale, you go to the iTunes Music Store. You've enjoyed it for free for half a year — 99p is a small price to pay. So you buy it. Partly because you're a decent person with a mostly-func­tion­ing moral compass, and partly because at least if you've got a decent quality version in iTunes it will fit in with the rest of your library. So it's Sunday and you've just bought a song.

BUT NOT THIS SUNDAY. And not this coming Friday, which will be the first Global Release Day. And not on any Friday after that.

When we previewed the Apple Music service last week we mentioned, near the end, that it was hard to figure out how the concept of buying music would fit in with Apple's new offering. We said it could change everything. We just didn't realise how quickly our own mindset would change.

This morning, with Petite Meller's incred­ible 'Baby Love' finally on sale six months after we fell in love with it, we clicked off in the direction of the iTunes Music Store, out of habit, to see how it was doing (not as well as it should have been) and to chuck 99p at it. This is what we do on Sundays, isn't it? We go shopping for singles. But today we didn't spend 99p on 'Baby Love'.

In fact we didn't even get as far as clicking on 'buy'.

Instead, we opened the Music app on our phone, and we went to find 'Baby Love' in Apple Music. We clicked on 'Add to My Music'. And that was it. There the song was, at the top of our Most Recent playlist. We clicked on Make Available Offline, and it was on our phone for good. When we got to our desk later on, there it was on the laptop. We gave it the five-star rating it deserved, and it appeared at the top of our Recent Bangers playlist. From this point on, there would be no obvious dif­fer­ence between the 'Baby Love' we'd just added, and the 'Baby Love' we could have spent a quid on.

Then we did the same with the Years & Years single.

So why buy anything?

Buying a single now means one of three things, none of which have an immediate impact on our own listening.

A) You want to help the song climb the charts. The Official Charts (and now, it seems, the iTunes chart) are still heavily weighted in favour of purchased songs. The Official Charts count one 'sale' for every 100 streams. (To be fair this has long been true of teenagers who wouldn't dream of actually spending money on music for any other reason — throwing some cash at a download means the same as spending money voting in a TV singing contest.)

B) You want an artist — or a label, or a song­writer, or a producer — to have some money. In this case, buying a song is similar to making a donation. Almost a donation to charity, really.

C) You don't really trust music streaming — what if a song suddenly dis­ap­pears one day during some sort of royalties dispute?

The third point is a valid concern for people who like to know what's happening in their music libraries, but the first two require a con­nec­tion with the artist and a sense of self­less­ness on the part of the listener.

But we're not selfless, are we?

We're greedy with our music. We want as much as we can have and we want it as cheaply as we can get it. If we can do that legally, that's perfect. We know the most popular song in the country will make far less if it's streamed than purchased, but we don't care about how that music came to exist and we don't care how music in the future will come to exist. We don't wonder what will happen when music download sales have totally evap­or­ated because streaming is so con­veni­ent and so cheap and so attractive.

So we stream and we listen and we don't really notice that labels and artists aren't doing the exciting or daring or foolhardy things they once did.

We tell ourselves this is alright because popstars are all mil­lion­aires and people at record labels shouldn't spend so much money on drugs. Maybe we don't even know that producers and song­writers are starting to get second jobs because making music, even hit music, isn't paying their bills. We don't know that people in bands hate them­selves because of the adverts and endorse­ments they have to get involved with, and we don't worry about the rami­fic­a­tions. We don't know that creative and brilliant people are dis­ap­pear­ing from today's music and next year's music and music from ten years from now. We don't know about the brilliant artists record labels might have launched if they had a bit of extra cash. We don't know about any of this. We will never know. We have a sense that streaming is, at least, a lifeline to all these people who make the music we love, and we know it's better than nothing, and we know that a few quid for a Top 40 hit is better than no quids at all. But we have abso­lutely no way of knowing what we're already missing. And we know, deep down, that we've already lost out on something amazing: something we'll never hear, and something that would have been worth a lot more than 99p. 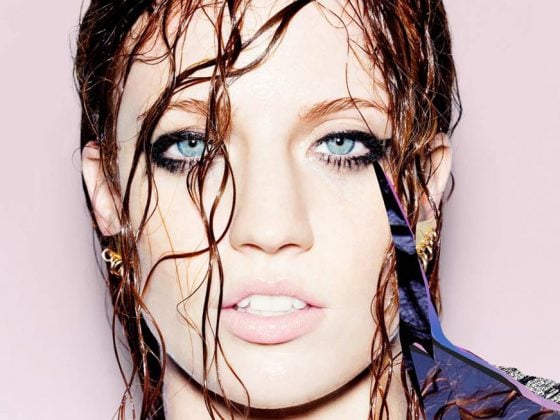 Britney Spears has been in a studio environment with DJ Mustard