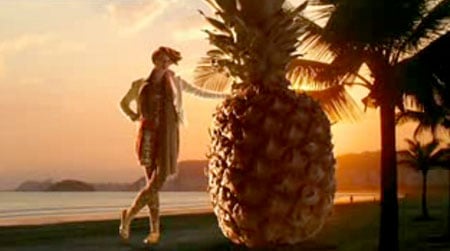 The BBC's Sound Of 2009 list kicks off properly today. They announced the longlist last year, and now they're counting down the Top 5. At Number 5 is/are La Roux. Well done La Roux. We're not going to do a one-off 'Tips For 2009' thing this year (we didn't do one last year, either) and if it's alright with you we'll just carry on writing about new people we think are great, who make good music and who may or may not even­tu­ally exper­i­ence success.

Incidentally, we invented a great new game when we were looking at least year's Tips For 2008 lists. It's bril­liantly depress­ing. Basically what you do is you look at all the lists of new artists, and all the hyperbole, and all the 'taste­m­akers' banging on about the rein­ven­tion of the musical wheel. You look at the list and you ask yourself, in all ser­i­ous­ness, which of the acts slated to 'save the music industry' will EVER release a platinum selling greatest hits album. :(

The last/first word on Christmas