What's that strange sense of anti­cip­a­tion lingering in the autumn air? Why, at precisely 12:00am this morning, did popstars all around the world suddenly — and com­pletely invol­un­tar­ily — enter a heightened state of amaz­ing­ness? What is it about the genetic make-up of every incred­ible pop performer that makes their every action and thought a little more exciting today than it possibly could have been yesterday?

Is everyone basically on drugs?

Today, October 1, marks the beginning of this year's Q4.

There are four Qs in every year. Each has a different name. The first is called Q1, the second is called Q2, the third is called Q3 and the fourth is called Q4. We don't know what the Q stands for but it's probably something to do with Latin.

What's important is that Q4 spans October, November and December, and it's the best Q of the lot because it covers the period when, every single year, all the big pop stuff happens.

The four Qs in order of amazingness

When you think about it, Q4 is the best by about a million miles.

A Brief History Of Q4

The steady stream of exciting pop moments during October, November and December is no accident.

Q4 is important for 'the pop biz' because albums tra­di­tion­ally sell what in industry circles is known as 'a shitload' in the run-up to Christmas, so it's the most important time of year to get important releases into the shops.

For certain artists, an album released in Q4 could sell up to three times as many copies as it might have sold had it been released in Q2. You can see the appeal — if Christina Aguilera were to release an album this November, it could shift in excess of twelve copies.

And while Christmas may seem to start earlier each year, Q4 itself is beautiful in its rigidity.

It lasts for precisely three months. Not one day less, or one day more. Even in a leap year, Q4 is the same length. It has to start on October 1, and it has to end on December 31.

On the first day of Q4 my iTunes gave to me, an album stream from Cyrus Miley 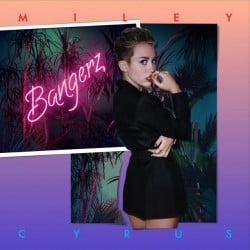 Waking up this morning to a full stream of Miley Cyrus' 'Bangerz' was, in many ways, like waking up on Christmas morning to discover it has snowed.

'BANGERZ' is a classic Q4 album.

It's big, it's stupid, it's got a lyric in it about going so fast in a car that you actually piss yourself.

The artist behind this album has spent the last two Qs whipping the planet into such a frenzy that when this album does finally hit the shops — at the start of next week, on the very first Monday of Q4 — it will be like a cork coming out of a champagne bottle, or sperm coming out of a penis.

Our vision: let's make Q4 something everyone can enjoy

We all know that each year things get a lot more exciting as the nights draw in, even if most people don't really have a name for this joyous season of pop goodwill.

And we all exper­i­ence and enjoy the excite­ment, euphoria, big tunes and massive video budgets that all come with a label trying to flog as many copies as possible of a forth­com­ing album because if this one under­per­forms everyone's getting getting sacked in February.

It is time for the last three months of the year to stop being intan­gibly amazing.

Here at Popjustice, we think Q4 shouldn't just be a music industry secret. Q4 should be for everyone. 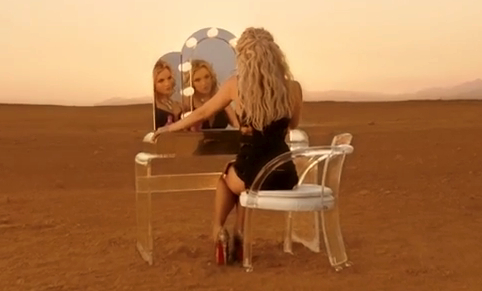