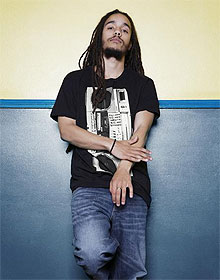 Natty seems like a nice chap, even if he was involved with a Razorlight album.

Anyway he's got another single coming out. It's called 'July'. We presume it's out next month.

Amazingly you can watch the video and here are some links for that video if you'd like to give it a whirl.

More import­antly — and let's be honest, the main reason we're doing this update — is the fact that we have been sent ten (ten) pro­mo­tional Natty flying discs.  We were promised Frisbees but our contact at Natty HQ could not, when pressed, confirm or deny whether the discs in question actually were official Frisbees.

Here is a picture of ten generic flying discs on the floor. 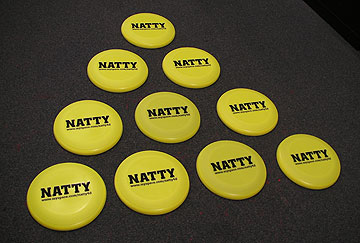 We think the general idea was that we'd give them away as com­pet­i­tion prizes but we can't think why anybody would want a Natty flying disc so they'll probably just stay on the floor for a few weeks before being put in a box and forgotten about. It's sad really.

The new West End Girls video, if you want it

Stop everything, there's a major problem with the Saturdays video