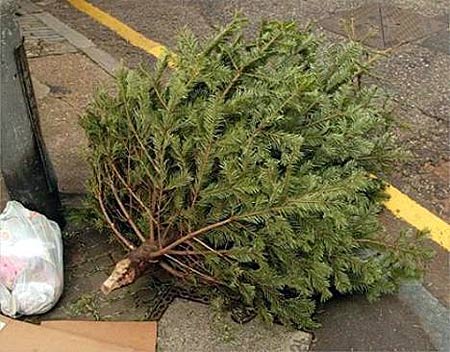 Right then — we've had a look through what's likely to be in this Sunday's Top 200 and, after taking out all the boring normal stuff, have been left with a list of what we suppose must be this year's most popular Christmas tunes. We've included proper Christmas songs as well as a handful of novelty tracks and oppor­tun­istic releases.

There are thirty songs in total, and they are: 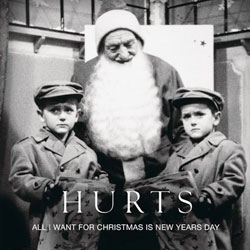 Well, one song missing is Hurts' v amazing 'All I Want For Christmas Is New Year's Day', which is chart ineligible due to it being COMPLETELY FREE TO DOWNLOAD ON iTUNES. You can click here to do that. The artwork (right) is rather special too, as you can see.

Another tune not present in the Top 200 is 'Don't Give Up', the Pete 'n' Kate cover by Steve Brookstein and his wife Eileen Hunter. Old Brooko hasn't made it easy to hear the tune online — it's not on YouTube, for example, and iTunes has it listed under [email protected] instead of anything anyone might possibly be able to spell. It is, however, a reminder that when he's not being a massive bellend on Twitter Steve Brookstein has a rather lovely pop voice. You can listen to a clip on this page.

Finally, we should mention the two very worst releases of the festive season, both of which have been spawned by atrocious ad campaigns. The first is the release of the 'Somebody To Love' cover from the Confused.com advert.

Last, and by every means least, is the most awful response song you'll ever exper­i­ence. We will not subject you to any music with this one because there'll be a new Britney single to listen to soon and you'll need fully-func­tion­ing ears, but here is the artwork. 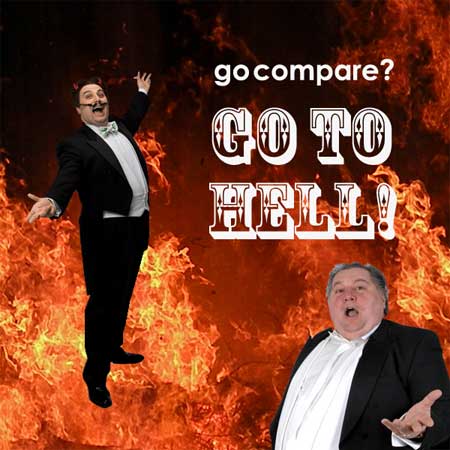 Readers, the song is actually worse than the artwork suggests. Far, far worse.