Dua Lipa's new single is IDGAF, a song about not being very impressed by the romantic endeav­ours of a former 'beau'.

Dua's just released the video, which you can see here.

It's a great video, but the single campaign is sure to be dominated by the bold artwork, which features Dua shaving an armpit, and the star of the show is undoubtedly the unas­sum­ing radiator who's watching the scene unfold.

Popjustice caught up with the radiator earlier this week to find out how the sleeve came about.

Hello! How are you?

Cold on the bottom, hot on the top, you know how it is.

Let's not discuss our private lives. How did you come to be on the IDGAF single artwork?

Right place, right time! I was on a night out with friends and after a few drinks I needed to be bled so went to the bathroom and the rest is history. I tend to keep myself to myself most of the time so I don't think Dua even noticed I was in the room for a while. I couldn't believe it when I got the email saying I was going to be on the single sleeve.

Did you have any concerns about appearing topless?

I may be a bit chunkier than the average radiator but I'm proud of how I look. And when you consider what I might have been wearing instead — a pair of wet socks for instance — I think this is def­in­itely the best outcome. Actually what you can't see in the photo is that I'm actually bot­tom­less as well. I don't think they'd have used a full-length shot for a single sleeve though!

What do you actually think of IDGAF?

I think it's a decent song. I guess after the huge success of New Rules, Dua is in a really different place to where she was before — you can imagine that six months ago IDGAF might have been the obvious successor to New Rules, but it feels like a slight step backwards following New Rules' huge success. New Rules was such an elegant song, know what I mean? It pushed Dua to the periphery of the pop a‑list and IDGAF feels a bit basic. I guess Dua's profile and the momentum from New Rules will make it a massive hit anyway, but I kind of hope this is the last single from the album.

So what do you make of Dua's ascent to the fringes of the a‑list?

I think it's great. I don't know her very well — that night in the bathroom was the first time we met, and she didn't say much to me — but it's been really inter­est­ing over the last 18 months to see her grow into the role of popstar, as her own popstar profile has itself ballooned. It's cyclical of course: the more popular she is, the more easily she can feel com­fort­able behaving like a huge artist, and that in turn makes her more popular. I think she's a great artist. Can you imagine the calibre of the songs and col­lab­or­at­ors she's been offered post-New Rules? That's why I think IDGAF should be the last single from the album; I'd love to see Dua releasing songs of a New Rules standard from this point forwards, and I'm not sure anything else on the current album really fits the bill. I have a feeling in my valves that in a few years we'll probably look back on her first album as the sound of Dua finding her feet, and it'll be her second one that really make the most sense. In much the same way that we now view Lady Gaga's The Fame and The Fame Monster: the first was throwing everything at the wall, the second was totally focussed.

When you say she didn't say much to you, what do you mean?

Well she didn't say anything to me to be honest.

Well Anne-Marie's been in touch, but while I've enjoyed my brush with fame I think I'll just keep a low profile. I'll probably travel a bit later in the year, there's not much work for me here in the UK over the summer. 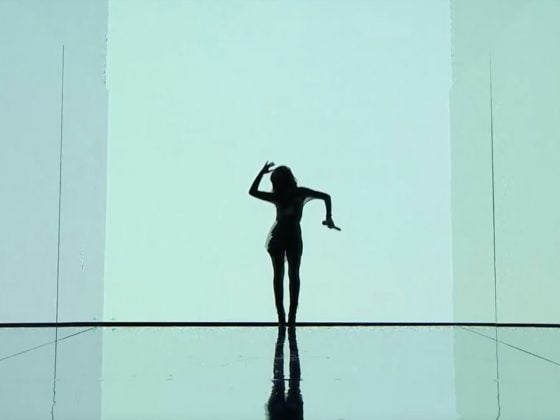