Last week I got a slightly rambling phone call from your friend and mine Ben Garrett, aka Fryars, aka the man who made the excellent 'Cool Like Me' and other such songs, and, more import­antly, the man who worked on Lily Allen's 'Sheezus' and by sheer coin­cid­ence was also her support act for the Shepherd's Bush comeback 'gig'.

After some general chit chat about labels and band members and art projects and liveb­log­ging and the collapse of journ­al­ism as we know it, it suddenly dawned on me that in his own inim­it­able way Fryars was asking if I'd like to be in his band. That he wanted me to be on stage with him at the Shepherd's Bush Empire — a venue that once hosted 5ive, Steps, Will Mellor and B*Witched all on the same lineup. He wanted to finally allow my musical skills to shine. Only rather than have me muddle my way through Greensleeves on an Argos keyboard, he wanted me to pretend to play a drum machine while sort of liveb­log­ging the whole thing.

Feeling like this was all some elaborate prank that would obviously come to nothing I said 'yes of course Fryars, I will sit on stage with you in front of a couple of thousand impatient Lily Allen fans pre­tend­ing to hit a drum machine like I'm Jamie xx or something'.

Only he wasn't joking and it was real and I did go to west London yesterday for a 5:30 to 'sound­check' and all that business.

Basically this is what happened:

17:36
I meet Fryars at the backstage door, strolling in past a gaggle of Lily Allen fans who I know will later see me eating a bag of Malteasers onstage and will probably want to hurt me. For now, they seem pretty bored.

17:40
I'm intro­duced to various proper musicians who will also be onstage with us tonight. I sense some hostility at first but once they realise my Twitter follower count is above six thousand they under­stand the social media meltdown that's about to take place. 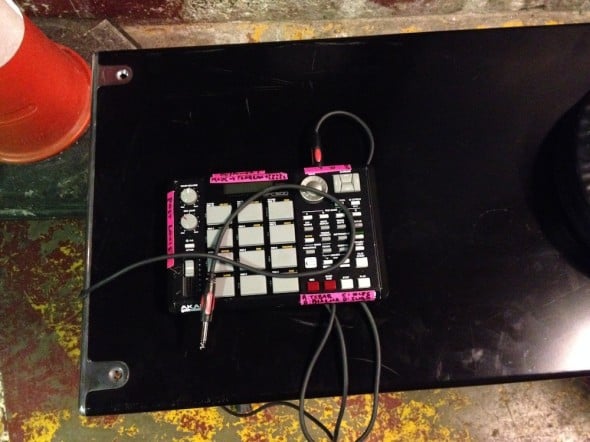 I have literally no idea what any of it does, which is obviously fine for what I'm going to be doing with it. It's decided that the lead should just dangle down off the table to make it really really obvious it's not plugged in. At this point I'm just going along with whatever's suggested because, you know, this is all pretty new to me.

18:00
This is going to sound a bit ridicu­lous given the fact that what I'm about to do on the stage involves no real talent or skill, and frankly no one's here to see any of us anyway, but stepping out onto the stage to sound­check was a bit of a moment. It all looked pretty amazing. I may shed a tear. Anyway, I pull myself together because there's a drum machine to not plug in and a laptop to open. It's a strange feeling trying to explain to an impatient roadie that no I'm not going to need any power sockets and yes I am really just going to sit down and pretend to hit a machine and check my emails. I feel slightly fraud­u­lent but remember Will Mellor was once on this stage and feel confident again.

Here's a picture of the back of Fryars prac­tising his singing. You can just see it in the picture, but Lily has a tele-prompter thing, which works like a karaoke machine of all her hits (and 'Littlest Thing').

Here's a blurred picture of it. 18:47
Soundchecks are long and boring. Levels are con­stantly checked and altered; words are sung into micro­phones and gui­tar­ists are actually asked to noodle about like they used to do in their bedrooms. Obviously I don't really need to check the levels on my drum machine so instead I take pictures of some of the backdrops for Lily's show. 19:00
With an hour until stage time I am taken up to my dressing room. I say 'my dressing room' but incon­veni­ently I had to share it with the rest of the band and indeed Fryars himself. On the way there I spot a special door saved only for Lily. 19:03
You might assume that the food on offer to a journ­al­ist chancer pre­tend­ing to play a drum machine will be limited to some crisps and maybe, just maybe, a Cadbury grab bag of some sort. Perhaps there'd be some wine on offer too, to lubricate the vocal chords. Don't get me wrong, this is enjoyed with gusto, but I am sub­sequently handed a raffle ticket thing and told to go into the canteen (!) and sit with the pro­duc­tion crew and the dancers and the people that make the whole thing run, and choose something from this bad boy. I choose the soup, the risotto and then the treacle tart.

19:32
With dinner over I start to feel a bit nervous. It reminds me a bit of that feeling I got just before I played an innkeeper in a school nativity pro­duc­tion when I was about 10 years old. What if I walk out on stage and trip over a lead and head butt a guitar? What if I fall off the little drum stool I've been given? What if I'm suddenly overcome by it all and grab a micro­phone and start scatting a la Jessie J? What if I wet myself?

19:35
Obviously I need the loo so I try and find one and end up standing outside a room in which Lily Allen is doing her vocal warmups. She sounds good.

19:58
We're all in place and ready. I'm dis­ap­poin­ted by the lack of a team huddle, but there you are. Just before we go on Fryars announces our debut, including an oblig­at­ory hashtag. The idea is to get it trending worldwide…

TNGHT @8pm we open for the 1+only @lilyallen I'm joined on stage by @samwolfson @MichaelCragg. 1aim to get #sheezus­bush trending worldwide.
— FRYARS (@Fryars) April 28, 2014

20:05 — The plan from Fryars is that for the first couple of songs I should look like I'm actually playing along with the song, so I attempt to channel my inner muso and press the pads on the thing in time to the music. It's quite sat­is­fy­ing actually. I feel myself hunching over to make it all look a bit more real. I ruin it slightly by then getting a bag of Malteasers out because frankly I really like Malteasers. Please note the homemade Sheezus t‑shirts in the front row. These people are not here for thirty minutes of downcast pop featuring  idiots eating crisps and chocolate onstage. There are glares.

20:15 — The wi-fi isn't really working so I decide to walk about a bit. That feels a bit weird so I sit back down again and decide to continue some social media interaction.

This is a nice one. Anyone having a nice time? #sheezus­bush
— Michael Cragg (@MichaelCragg) April 28, 2014

Lily Allen, who wasn't aware that this was even happening, then retweeted that, so things got a bit odd.

Not everyone was a fan to be honest.

#SheezusBush Really hard to emo­tion­ally invest in some esoteric music with Geezers on phones at the back looking dis­in­ter­ested #yawn
— Pass & Move Podcast (@werliverpoolco) April 28, 2014

Recognising two people in a band off Twitter, and then watch them do a whole set of taking selfies @MichaelCragg @samwolfson
— Howell Davies (@HOWELLDAVIES) April 28, 2014

20:22 — Sam and I have now started throwing bags of crisps and indi­vidual Malteasers into the crowd. I worry I may have lodged one in someone's eye by mistake.

20:25 — Showbiz behemoth Dean 'Pipo' Piper's in the audience so we have a nice chat for a bit.

20:27 — I decide to utilise the video option on my phone to distract myself from the fact that this is all still happening and that a bunch of Lily Allen fans have been showered in crisps and Malteasers and that I probably look like an annoy­ingly smug prick sat up onstage pissing about. Here's said video:

20:30 — Sensing that we might be over-staying our welcome a bit and actually dis­tract­ing from what's been a lovely half an hour of music, Sam and I decide to just get up and walk off at the start of the last song, 'Cool Like Me'. Oddly no one applauds us as we head off, which I can only assume is out of polite­ness to Fryars.

Here's a picture of 'the band' from the front of stage courtesy of someone called Charlotte Hanna. So that's that. My debut on stage at the Shepherd's Bush Empire. Afterwards there's some talk about rep­lic­at­ing it all should Fryars be asked to support Lily again, perhaps at some large arenas, but I shoot them down. Tonight was a once in a lifetime moment for all of us.

Still trying to get over what just happened. We made history tonight #sheezus­bush
— Michael Cragg (@MichaelCragg) April 28, 2014

Oh and by the way, the actual popstar in all of this was pretty good too. 8/10. 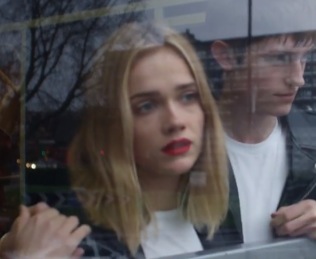 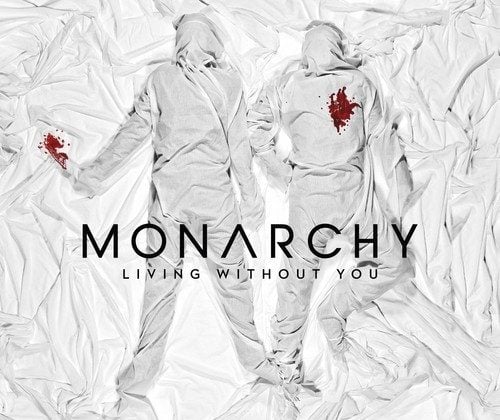 Monarchy have popped a new song onto the internet