Arrive at HMV. As well as selling iPod docks and fridge magnets HMV are sometimes good for CDs, so this is where the Nicola Roberts album will be purchased. 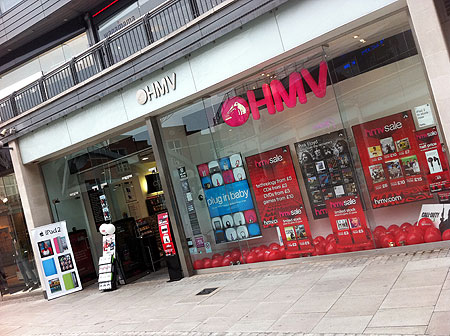 Be slightly alarmed that there is no sign of The Nicola in the window display but start hoping that when you walk through the door you're con­fron­ted by a huge 'Cinderella's Eyes' display. This is, after all, one of the week's big releases. 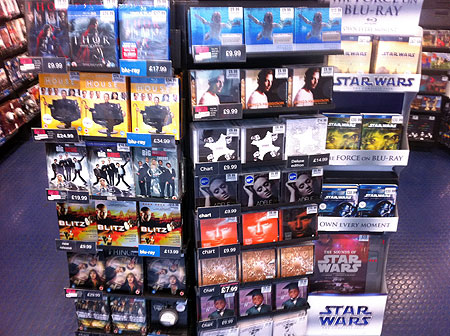 Be a bit disappointed.

Move on to the next display. 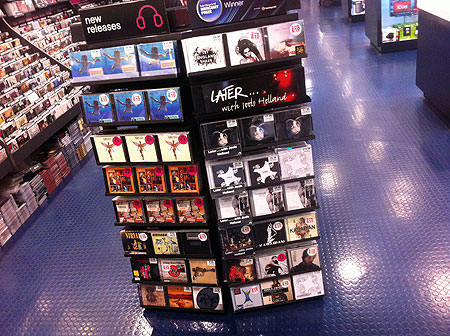 Conclude that there are at least 15 songs in the list that are better than anything on 'Nevermind'. Also think that 'Jacky', 'The One I Love', 'Feel Every Beat', 'Such A Feeling', 'Such A Good Feeling', 'I Wanna Be Adored', 'Everybody's Free (To Feel Good)', 'Only Love Can Break Your Heart' and 'Peace' would all have been good songs for Nicola to cover on her album. Remember you're in HMV to buy the Nicola Roberts album.

Go to chart section, for that is where The Nicola belongs. Look at upper reaches of chart. 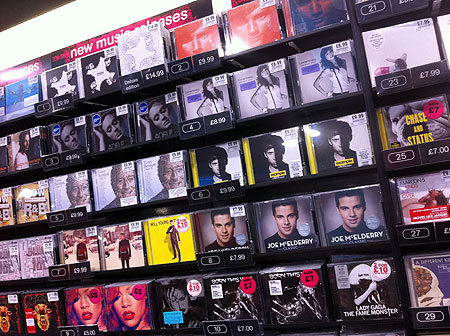 Look at lower reaches of chart. 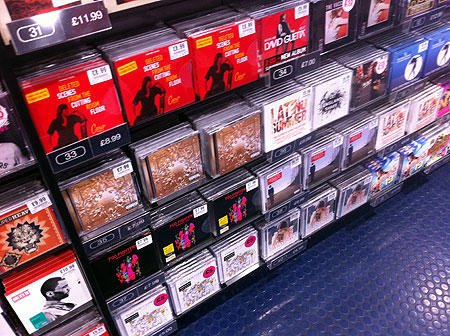 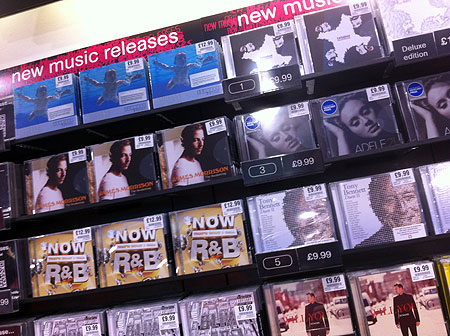 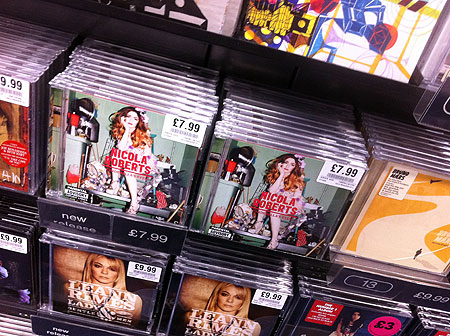 Examine box. No Nicola album you purchase must have any scuff marks. 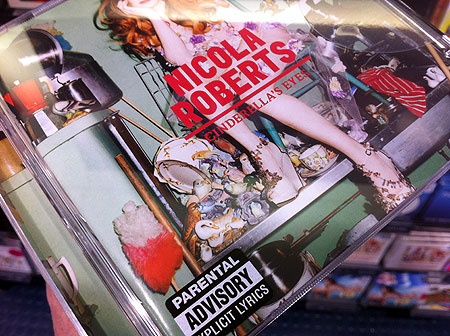 Allow yourself to be slightly dis­trac­ted by stupid but brilliant iPod dock. 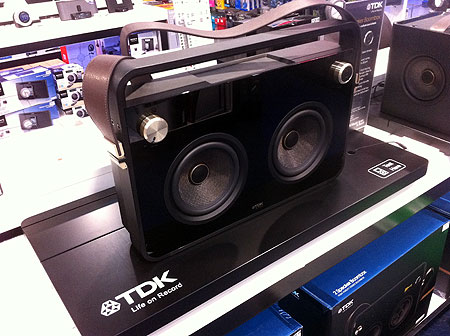 Decide that the time is probably right to pick up a copy of Nadine's album on CD as you are worried that your digital copy might corrupt due to over-use. 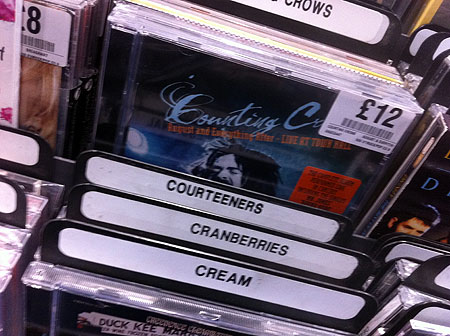 Be upset when it is not there. Consider, briefly, the fact that Counting Crows, Courteeners then Cranberries must be the worst three-band-run in the history of music retail. 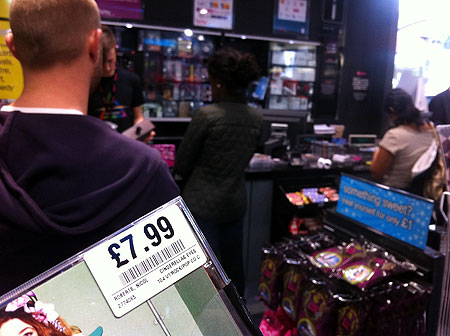 Do not allow yourself to be dis­trac­ted by sweets, stickers, calendars or mugs. You are here to buy the Nicola Roberts album and whether you succeed or fail hinges on what happens in the next three minutes. This is what you have been training for for the last nine years. Don't fuck it up now.

Arrive at desk; hand over CD. 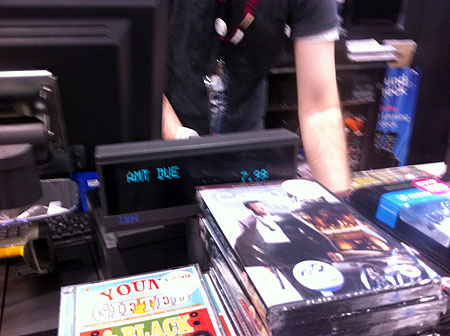 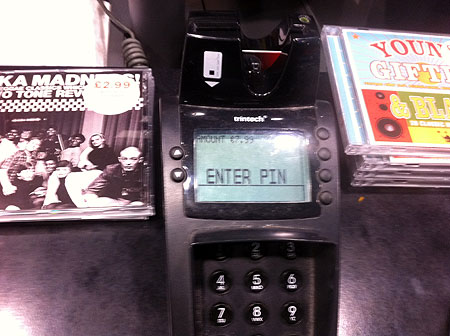 Hurry to work with purchased album.

Put it on your desk for a while and just look at it. 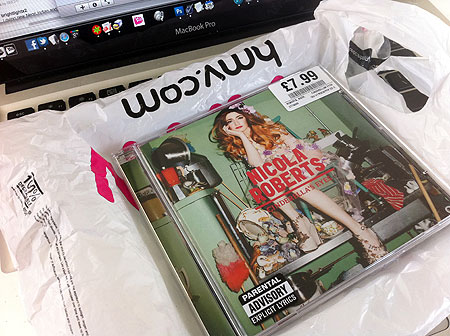 Chuck it in your laptop. 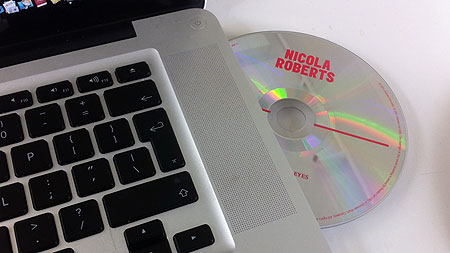 Chuck it in iTunes. 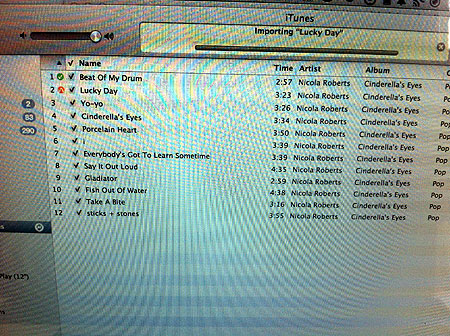 Examine the artwork while this is happening. Be stunned by THE FASHION. 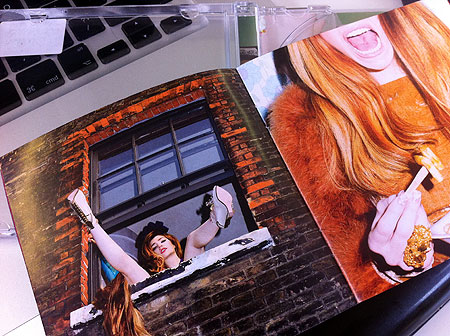 Place CD on top of pile of other CDs, never to be retrieved because you have it in your iTunes now. 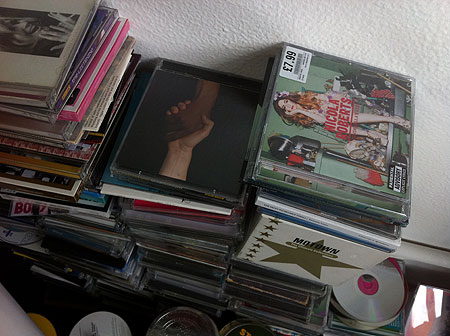 Realise the entire album, plus a track by track com­ment­ary (of which the 'Fish Out Of Water' one is very good indeed) is Upon The Spotify. 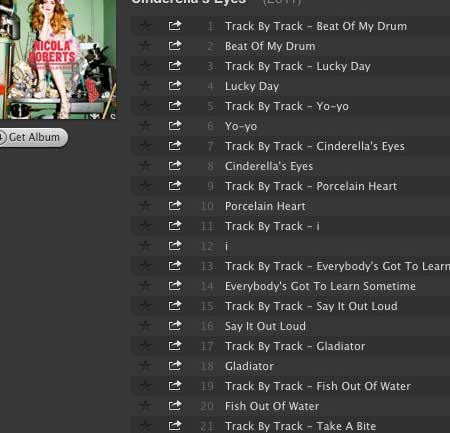 Conclude that the three versions are identical.

Feel happy that the Nicola Roberts album, bril­liantly imperfect as it is, finally exists and is in your possession.

Feel sad that too few people will hear 'Cinderella's Eyes'.

Feel happy that like most of the best albums it will even­tu­ally find its audience regard­less of how many it sells or doesn't sell in its first week on sale.

Feel sad that having bought it you can't buy it again meaning that this feeling will very soon be gone forever to exist only as a memory and a feeling you may spend the rest of your life attempt­ing to describe to others so that the story continue to inspire gen­er­a­tions long after you are dead.

Feel  happy that Nicola's got this out of her system meaning her next solo album won't need to be about how rubbish it was being Nicola Roberts.

Feel  sad that it was ever rubbish being Nicola Roberts.

Salt Ashes — 'Edge Of The Heart'