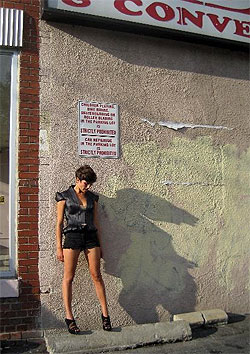 As you should be well aware by now Dragonette are one of the most important musical inven­tions in the history of humankind and, as you should also be aware, they have a new (second) album on the horizon.

It is very good.

Anyway Dan from the band appeared on the Popjustice forums the other day to say hello and fill people in on what's happening with the new album (it's out very soon) but also to post details of how Popjustice readers can download another new album track — and a very good one — for zero pence.

So listen to this clip, which is from a song called 'Stupid Grin'…

…and tell us it's not amazing.

YOU CAN'T. Mainly because we don't have a com­ment­ing system on Popjustice. But also because claiming that 'Stupid Grin' is not amazing is an impossib­il­ity.

What have we learned?
1. Dragonette are still quite great.
2. The End.

Something Alphabeat's label have sent us