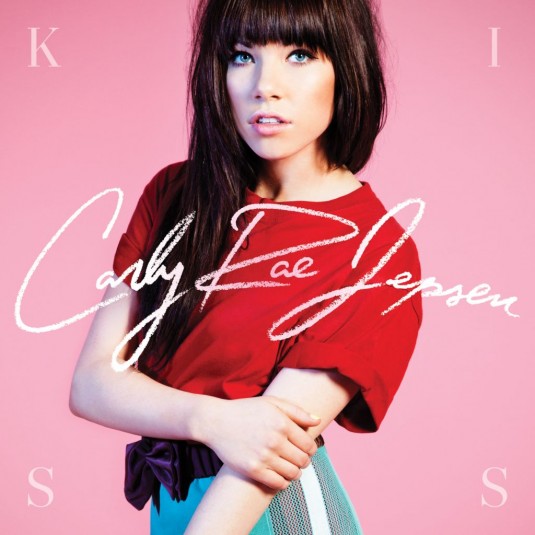 FACT 1: 'Call Me Maybe' is a stone cold certified 100% 24-carat no-messing-around banger and if you don't get that you might as well be EARLESS (or strug­gling with your second album).

FACT 2: The above-mentioned ode to tentative tele­com­mu­nic­a­tion is one of those singles that comes along every year or so and takes on a bizarre life of its own. It's a 'Moves Like Jagger', a 'Bad Romance', a 'Rockstar', a 'Wannabe'. A song that is not only bigger than the act singing it, but somehow bigger than pop itself, its appeal res­on­at­ing beyond any initial target audience. You know what we mean — it's the sort of song you see members of the armed forces singing in YouTube videos, the sort of song Homer Simpson will briefly refer to in eight years' time, the sort of song the news­read­ers will do on Children In Need. It is a very big song indeed. Like most similar releases 'Call Me Maybe' also has the vague hint of a novelty hit; the scent of the potential one-hit wonder. "WHAT," wails the planet, "WILL JEPPO COME UP WITH NEXT AND NO WE DON'T MEAN THE OWL CITY SONG OR THAT WEIRD EP RELEASE SHE PUT OUT IN CANADA, WE MEAN PROPER SOLO STUFF ON AN ACTUAL ALBUM?"

FACT 3: We've had a listen to eight songs from the actual album. Three of them ('Call Me Maybe', 'Curiosity' and 'Good Time') are knocking around already so really we're really dealing with five new songs here. But that's good enough to get an idea of what's happening.

In brief: with 'Kiss', pop's premier pretend teenager could have a pretty good album on her hands.

Of the songs we've heard, 'This Kiss' is the best of the lot, opening with the deli­ciously carefree line "I went out last night, I'm going out tonight again" and going on to detail Jeppo's quest to get off with someone even though both he and she are attached: "She's a real sweet girl, and you know I've got a guy — details we both forgot to mention." There's a brilliant "I couldn't I couldn't lie" / "I shouldn't I shouldn't lie" bit in the middle eight and a chorus that goes "this kiss is something I can't resist, your lips are unre­li­able". The way CRJ sings the word 'unre­li­able' will do something special and naughty to your pop brain.

'This Kiss' reminds us that when we first wrote about 'Call Me Maybe' at the end of last year we noted that it was the sort of pop song they don't really make in the UK these days. It's not very cool, and it's not trying to be. Though you could argue that dubstep gloom­wobble break­downs ceased to be cool about 18 months ago, in an era when even Taylor Swift is threat­en­ing one such moment on her new album, it's refresh­ing to come across take-it-or-leave-it pop tunes like these Jeppo ones. Another song 'Turn Me Up' is an equally straight­for­ward Jepsen anthem, which feels like a Dr Luke-style take on Kylie in 'Love At First Sight' mode and concerns Carly splitting up with someone on the phone then going out 'on the razz'. The Max Martin co-written 'Tonight I'm Getting Over You' picks up where 'Turn Me Up' left off. It starts like a singer-song­writery post-Dawson's Creek emo 'effort' from nine years ago but by the 45-second mark is starting to reveal its true colours, then at the 1:01 a huge LMFAOpop-style elec­tro­banger rave alarm noise kicks the door down.

On similarly familiar territory, 'Guitar String Wedding Ring' is basically 'Call Me Maybe' meets 'California Girls', opening with the excellent line "you were here, and then you left, and now there's nobody, nobody" before Carly bangs on about being "a bird in the water, a fish on the ground". The breath­tak­ing-but-not-neces­sar­ily-for-the-right-reasons chorus lyric is: "If you cut a piece of guitar string I would wear it like it's a wedding ring. Wrapped around my finger — you know what I mean." Sort of Carly. Sort of.

'Guitar String Wedding Ring' — as you could probably have guessed from the title — is pretty per­func­tory, and the Justin Bieber duet 'Beautiful' is notable mainly for the presence of the pop scene's most notorious fondue apologist. It's a jaunty, mid-tempo campfire sort of affair with Carly and Justin taking the role of ex lovers, Carly going through all the "trying to forget you" business in the first verse, Justin taking the second verse ("it's like you're the other half of me, I feel incom­plete") and a rather familiar chorus lyric of "what makes you so beautiful is you don't know how beautiful you are to me". This is not exactly the modern-day 'Islands In The Stream' we were hoping for.

Obviously on top of these tunes we've got the rather enjoyable 'Curiosity' from that Canadian EP release as well as 'Call Me Maybe' and 'Good Time', which brings us to eight songs in total. We're still to hear 'Tiny Little Bows', 'More Than A Memory', 'Hurt So Good' and 'Your Heart Is A Muscle' (which we're des­per­ately hoping contains the chorus lyric "and so is your penis, although more strictly speaking it's organ tissue but the joke still stands"). On top of those songs from the official track­list­ing there are another four songs to come from the deluxe edition, so it's hard to know where the album will go, based on what we've heard. If we've now heard the eight best songs from 'Kiss' then the album may turn out to be something of a dis­ap­point­ment, but if the tunes we were sent had been selected at random or in an attempt to showcase the album's diversity things could be just fine.

SO WHAT ARE WE ACTUALLY SAYING?

» If the rest of the album contains another two to three corkers: it's an 8/10.

In other news, this is amazing: 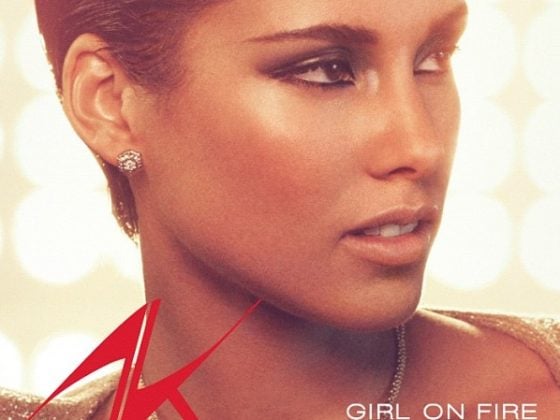